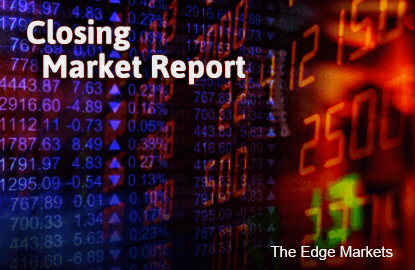 KUALA LUMPUR (Nov 27): The FBM KLCI closed lower for a second day today, in line with the overall weaker performance at key regional peers, down 0.5 points or 0.03% lower at 1,682.59 points.

While many regional indices were dragged down by China's industrial companies' profit contractions, the local benchmark seemed to be insulated from this phenomenon.

Inter-Pacific Securities head of research Pong Teng Siew told theedgemarkets.com that while the KLCI is heavily supported by local institutions, the local benchmark index is susceptible to foreign institutions' net-buying, which seem to be inconsistent from day to day.

"Foreign funds seem to be undecided with Malaysia now; they now have a neutral view on Malaysia. They are inconsistently on a net-buying position. Some days they do buy, some days they don't.

"The KLCI is now very sensitive to foreigners' net-buying," he said.

But the situation was worse on the broader market, as the small cap rally last week seemed to be reversing.

Pong pointed out decliners outnumbered gainers (at 635 and 292 respectively), and the trading volume of 2.41 billion was a big comedown from the peak of 3.41 billion last Thursday.

In total, the shares traded today were valued at RM2.06 billion.