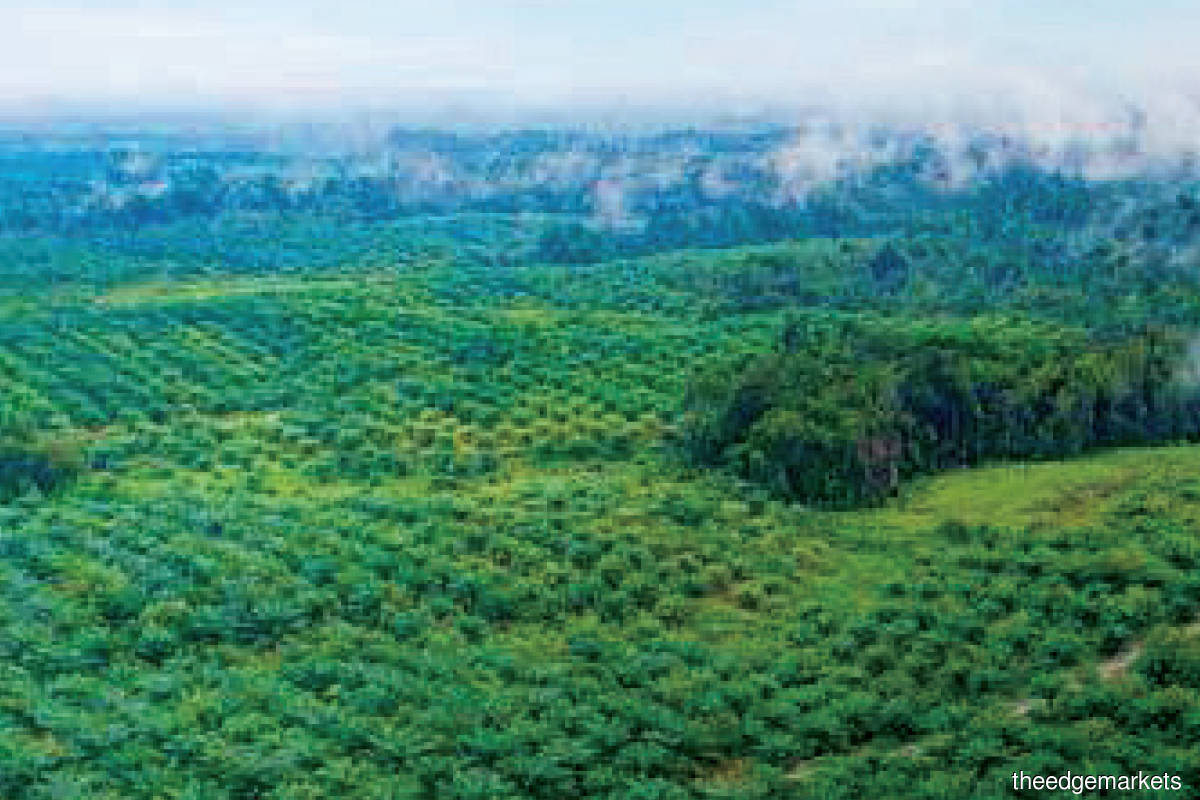 AFTER reporting its third-highest profit of RM94.89 million for the financial year ended Jan 31, 2021 (FY2021), Johor-based planter Kim Loong Resources Bhd is confident of delivering another year of strong performance in FY2022, riding on the commodity boom and high crude palm oil (CPO) prices, which have risen 59% from a year ago.

“Looking at the current external environment factors, it is really a perfect storm for the vegetable oil market,” Kim Loong managing director and major shareholder Gooi Seong Heen tells The Edge in a phone interview.

According to him, the Covid-19 pandemic hampered the CPO market in the first half of 2020, as people stopped dining out. As demand recovered, coupled with supply shortage, CPO prices started to rise since last July. “First, there was tighter supply and higher demand for palm oil. Then, sunflowers and soybeans were hit by bad weather. And now that US President Joe Biden is pushing the green agenda, there is soaring demand for biodiesel that uses soybean oil,” he explains.

Gooi, 70, was appointed the group’s executive director in 1990, before he was redesignated to his current position in 2006.

Even with decades of experience in the plantation business, he has never seen a commodity boom quite like this, where CPO prices have reached almost RM5,000 per tonne.

“Previously, the highest we had seen was RM4,000 per tonne, but RM5,000 per tonne was just beyond our imagination,” he remarks.

According to data from the Malaysia Palm Oil Board, the spot price for CPO hit RM4,773 per tonne in May. Gooi believes that in the next 12 to 18 months, CPO prices are likely to remain quite strong. As long as they hold above the RM3,000 level, plantation companies such as Kim Loong should continue to do well.

The potential risk, however, is that demand for CPO might be affected if the US and Indonesia change their biodiesel policies. On the other hand, he says if bad weather recurs in the US, CPO prices may revisit the RM5,000 level.

“It is a very uncertain market for the seed oil players, as it has always been throughout the years. But, as far as we are concerned, the RM3,000 level is just nice for us. We hope CPO prices do not shoot up to a super-high level because it might kill the market.”

Gooi points out that, so far, the growers have not seen much improvement in palm oil production, as the industry still faces a labour shortage.

“For us, the labour shortage at our estates in Sabah is not too serious, but more so for our estates in Sarawak. We have to improve productivity since we are not allowed to recruit new workers. Overall, we are suffering crop losses of 10% to 20%,” he says. Gooi’s elder brother Seong Lim is executive chairman of Kim Loong, and his two younger brothers Seong Chneh and Seong Gum also sit on the board as executive directors.

It is worth noting that Seong Lim, who shares his fortune with his three younger brothers, is ranked by Forbes magazine as Malaysia’s 48th richest man, with a net worth of US$340 million (RM1.4 billion).

So far this year, shares in Kim Loong have declined 11% to close at RM1.40 last Wednesday, giving it a market capitalisation of RM1.31 billion.

Suffice it to say, Kim Loong and its plantation peers have not been favoured by investors in recent years, owing to investors’ focus on environmental, social and governance (ESG) issues.

“Over the years, every time the CPO price reached the RM3,000 level, it would crash back to the RM2,000 level. I suppose this could be a psychological barrier for investors.”

He also acknowledges that green lobby groups have been targeting the palm oil industry and have created negative perception on plantation companies.

“We do what we can. We comply with all the requirements. We obtained the MSPO (Malaysian Sustainable Palm Oil) certification. Some companies even go all the way to the RSPO (Roundtable on Sustainable Palm Oil), which involves a lot of work and documentation. If they (the green lobby groups) still don’t accept that, there is nothing much we can do, is there?”

Fortunately, he says, Kim Loong has little exposure to foreign markets, as it sells most of its fresh fruit bunches (FFB) locally.

“Frankly, businesswise, there is not much impact on us. But, obviously, not many investors are looking at plantation stocks now. As it is, I guess you can only invest for dividends. The capital appreciation may not come so soon because we are not a favoured counter at the moment,” Gooi says.

He concedes that despite Kim Loong’s strong earnings performance, there are still a lot of issues to be resolved that are largely beyond his control now.

“To be honest, we do not know how to solve these issues. We will just focus on our business. We will try to be as efficient as possible. Comparatively, in terms of efficiency, we are among the top in the industry,” he points out.

Gooi says that, compared with bigger plantation companies — some of which command price-earnings ratios (PERs) of 30 times — Kim Loong, which is trading at a PER of 14 times, has been undervalued.

“Some investors would rather invest in loss-making companies or technology companies that are trading at high PERs; the stock market doesn’t quite make sense. We can only focus on generating profits and paying dividends. In fact, we have been paying up almost all our profits as dividends,” he stresses.

Kim Loong owns eight estates in Johor, Sabah and Sarawak, with a total plantable area of more than 15,000ha. Gooi accepts the reality that the group will not be able to grow and expand in the near future.

“The Malaysian government has put a limit on new planting; we can’t plant on jungle land. So, that’s the end of the story. Meanwhile, Indonesia also has a moratorium on the expansion of new plantation areas. Realistically, there is no more land for us to expand. It will be very expensive to buy a brownfield estate. We recently bought an additional 2,700ha estate near Sandakan, so, that’s about all we can do now,” he says.

Kim Loong also operates three mills — two in Sabah and one in Kota Tinggi, Johor — with a total processing capacity of 250 tonnes of FFB per hour.

Over the past few years, the milling operations have been contributing 60% of the group’s profits, with the remaining 40% coming from its plantation operations.

“With the high CPO price, we had seen a rather significant shift in our sales mix, whereby the plantation division accounted for 60% of our group’s profit instead,” says Gooi.

He adds that the plantation division’s profit contribution to the group is expected to increase to 70%.

“Our mills are mainly for commercial use. In other words, we source our raw materials from other plantation companies, not from our own estates. Therefore, higher CPO price actually means higher cost for our milling operations.”