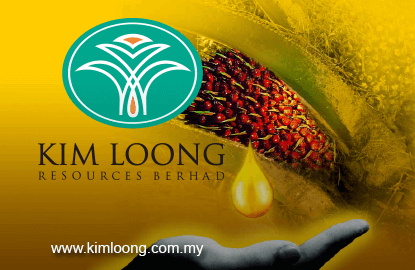 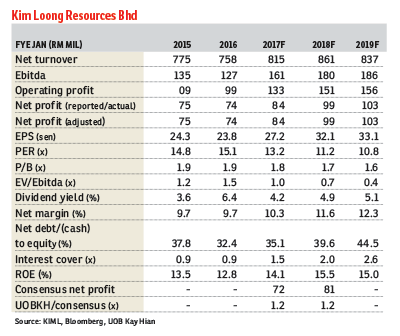 About 70% of its fresh fruit bunch (FFB) needs are fulfilled by third parties. It also focuses on managing milling waste and by-products, and turning them into income-generating products.

KIML is an efficient milling operator with one of the highest oil extraction rates of 22.3% for financial year 2016 (FY16) versus an industry average of 20.6% in Malaysia.

Management maximises mill utilisation and value by developing value-added by-products as this will provide additional profit to the group and reduce disposal costs.

This is positive for KIML, given its ability to deliver positive FFB production growth. For every 10% increase in CPO prices from our base case, our earnings per share forecasts would increase 17%.

KIML’s dividend yield has averaged 6.5% in the past five years with a dividend payout ratio in the range of 51% to 69%. This is supported by a strong balance position and low capital expenditure.

Overall, we expect a potential total return of 21.2% from the current price level (upside of 17% and dividend yield of 4.2%).