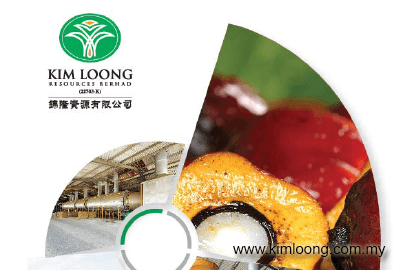 Gooi shared that the group’s FY17 so far has seen a squeeze in milling operations margins, due to lower crop levels. But moving forward, he said the group expects its palm oil yield to recover to healthier levels by FY19.

“The palm oil crops decreased [in FY17] because of the El Nino [phenomenon] so everyone started competing for crops. As oil extraction rates decreased, the margins were squeezed for the milling operations,” he said.

“The yield rates have seen a sharp drop [in the last two years], so we are hoping that with better crop levels [in FY18], there will be a substantial recovery [in yield rates] to its previous levels, hopefully by FY19,” he added.

Meanwhile, Gooi said the group is hoping to open a fourth plant in Pantu, Sarawak by 2019. It currently has three palm oil milling plants across Malaysia, two of which are in Sabah and one in Johor Baru.

It is currently sitting on a sizeable net cash balance of RM256.5 million as at 3QFY17. Its FY16 net cash figure stood at RM188.2 million.

Plans for the new mill are still in the preliminary stages, Gooi said. The group is now scouting for a suitable plot — an appropriate tract sized about 100 acres (40.5ha) — for the plant, which is expected to cost around RM60 million for construction alone.

The funds needed to acquire the plot and to build the new mill will be financed via the group’s internal funds, he said.

Meanwhile, Gooi shared that the group plans to set aside RM30 million for capital expenditure in FY18, subject to regulatory approvals for the development of power grid lines at its mills.

The group, he said, is also looking to expand its current land bank size, which is about 15,000ha, but said stringent Roundtable on Sustainable Palm Oil (RSPO) certification requirements have been making the land acquisition process harder.

“We are always planning [to acquire land] but the RSPO constraints are getting more difficult at the moment,” he added.

The RSPO, which aims to ensure that palm oil producers produce the commodity in a sustainable manner, has strict requirements about land acquisitions to ensure, among others, that it does not infringe on the legal or customary rights of other users, and that the right to use the land can be demonstrated and is not legitimately contested by local communities with demonstrable rights.

Kim Loong shares closed down one sen or 0.28% lower to RM3.52 last Friday, with a market capitalisation of RM1.1 billion.