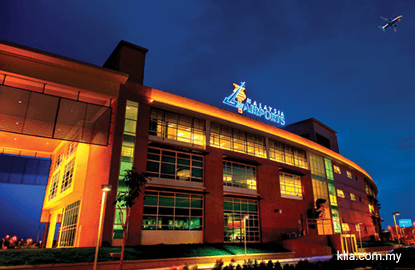 The latest figures showed 7.21 million passengers passed through the 39 airports it operates in the country in July 2015 from 6.4 million in July 2014.

The KL International Airport (KLIA) in Sepang saw 10.1% more passengers passing through its gates in July to 4.19 million from 3.81 million in July 2014. Total passenger traffic for KLIA's main terminal recorded a 2.5% increase to 1.94 million passengers, while klia2 grew 17.6% to 2.26 million over the same month last year.

Total passenger numbers passing through the Istanbul Sabiha Gokcen International Airport (SGIA) in Turkey, meanwhile, grew 28.3% to 2.78 million in July 2015 from 2.17 million a year ago.

Including SGIA's passenger numbers, MAHB handled 16.7% more passengers in July 2015 to 9.99 million from 8.56 million a year ago, which is the highest passenger traffic handled by the airport operator in a month.

"Though the high July 2015 growth was partly due to the lower base numbers during Ramadan 2014, it is noted that the traffic growth continued even at the end of the month. The end of July 2014 was a peak week before Hari Raya, and the fact that the traffic registered a 5.5% positive for the last week of July 2015 is indeed encouraging," said MAHB.

"Many of the airports registered a double digit growths in July 2015 over July 2014, including KLIA, Penang, Kota Kinabalu, Kuching, Langkawi, Kota Baru, Alor Setar, Subang, Ipoh, Melaka and Tawau. Some of these airports recorded growth rates as high as 36%," it added.

Meanwhile, overall aircraft movements at KLIA increased by 10% year-on-year in July 2015, with domestic and international registering 10.8% and 9.7% growth respectively.