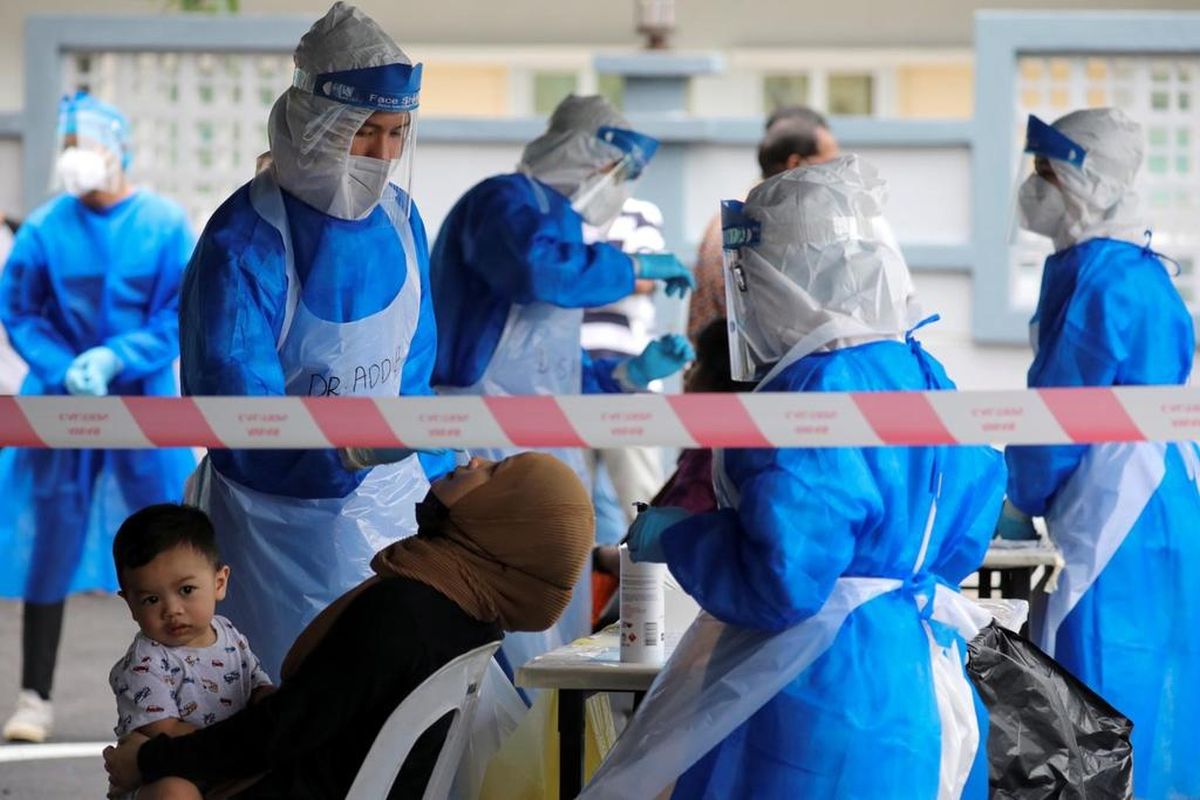 KUALA LUMPUR (July 30): During the past week (July 24-30), Malaysia reported record highs in several fronts during the Covid-19 pandemic — on Thursday, 556,404 doses vaccines were administered, preceded by 17,405 daily cases logged on Wednesday, and 207 Covid-19 fatalities on Monday. On a weekly basis, Malaysia administered a total of 3 million Covid-19 vaccine doses this week compared with the previous week's (July 17-23) 2.87 million doses.

Based on the latest data from the Covid-19 Immunisation Task Force (CITF), Malaysia had administered over 500,000 doses of vaccines daily for four consecutive days during the week.

Meanwhile, the Covid-19 Vaccine Supply Access Guarantee Special Committee (JKJAV) said that cumulatively, a total of 5.41 million people or 87.8% of the adult population in the Klang Valley had received at least one dose of the vaccine, including 2.01 million people or 32.6% who were fully inoculated. Malaysia has been ramping up its vaccination rate sharply, with an eye on achieving around half a million daily vaccinations in order to meet the government’s accelerated target of immunising the country’s entire population against Covid-19 by October this year. Notably, this past week is the worst in terms of the number of Covid-19 infections since the pandemic struck Malaysia back in January last year.

The reporting week also saw a total of 1.02 million tests conducted nationwide, with an average positivity rate of 11.3%.

Weekly fatalities also reached a new high of 1,141, up from 990 in the previous week, raising the coronavirus' death toll in the country to 8,859.

There are now 853,913 Covid-19 patients in Malaysia who have recovered from the coronavirus so far, versus cumulative infections of 1.03 million, representing a recovery rate of 82.42%.

According to data provided by the Ministry of Health (MOH), the basic reproduction number (R-naught or R0) for Covid-19 infections nationwide had increased to 1.15 as of July 29, from 1.09 reported on last Friday (July 23).

The R0 or Rt projects the average number of people that each new Covid-19 patient will infect, or what is termed as the effective reproduction number. An R0 of less than 1.0 means the infection is no longer spreading.

The highest daily infections reported by Selangor was reported this week on Sunday (July 25) at 8,500.

To date, the populous State has reported 401,019 Covid-19 cases since the pandemic was first detected in the country, representing 36% of the total cases nationwide.

Notably, the stubbornly high number of confirmed new cases is partly the result of the continuous efforts on mass screening, particularly in the localities where Enhanced Movement Control Order (EMCO) is implemented.

Meanwhile, the Ministry of Health is also encouraging more people to self-test for the coronavirus and has increased the use of antigen rapid test kits, which has also driven the increase in new cases.

The increased testing rate will enable more patients and their contacts to be isolated and quarantined, which should evetually lead to a reduction in new infections in the coming weeks, said deputy director-general of health Datuk Dr Chong Chee Kheong.