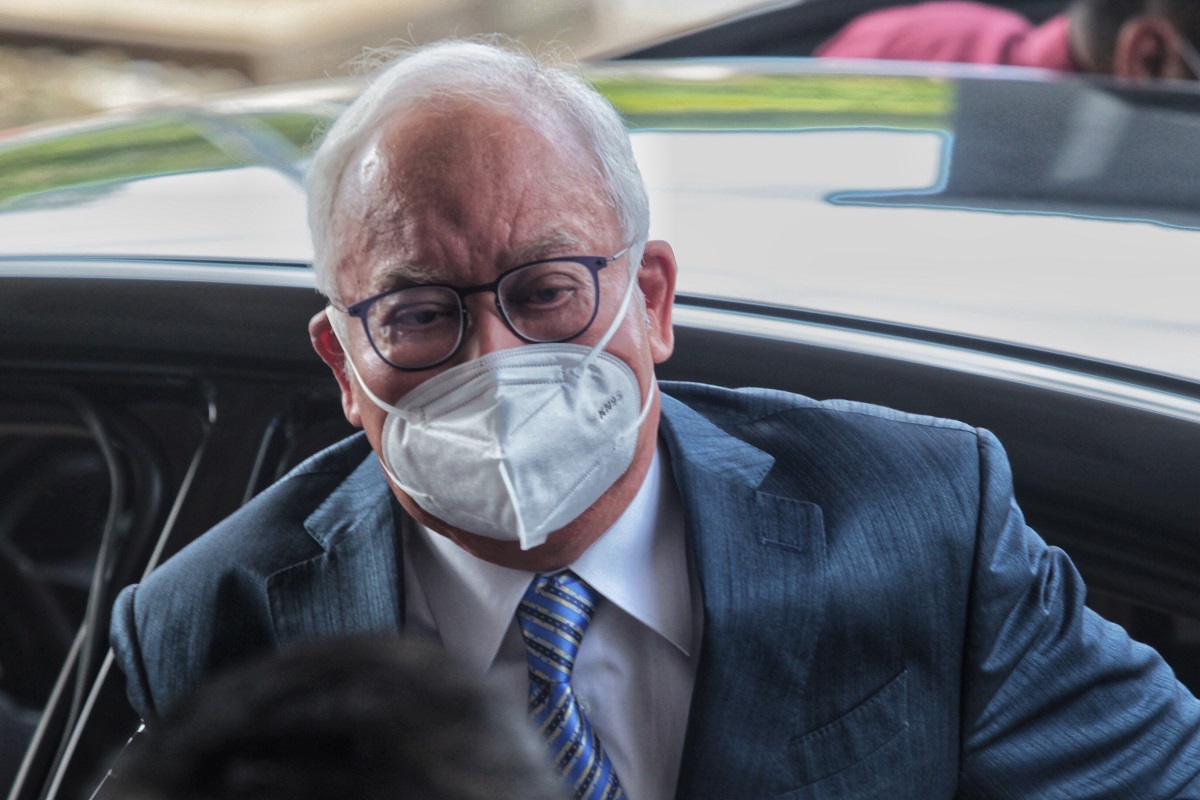 KUALA LUMPUR (July 12): Former premier Datuk Seri Najib Razak has failed in his bid to obtain a court order to compel the prosecution to supply him with documents relating to Goldman Sachs in his 1Malaysia Development Bhd (1MDB)-Tanore criminal trial.

A discovery application refers to a request for parties in a legal action to disclose each other's documents, which are deemed to be linked to a subject matter in a case.

In his judgment, Justice Collin Lawrence Sequerah said the first discovery application in relation to Goldman Sachs is merely a “fishing expedition” from Najib as the prosecution had already informed the court that the documents and items that Najib is seeking are not in their possession.

“This is casting the net far and wide in the expectation that something useful may materialise,” the judge added.

Najib was seeking to obtain bank statements and other related documents of certain companies believed to be related to Jho Low, as well as Zeti's husband Datuk Dr Tawfiq Ayman and their son.

She is listed as the 26th prosecution witness in the 1MDB-Tanore trial, in which Najib is facing four counts of abuse of power and 21 counts of money laundering in relation to RM2.3 billion of 1MDB funds.

Justice Sequerah said he could not see how obtaining the documents from Zeti and her family is relevant to the defence’s case.

He also called it a “collateral attack” on the former BNM governor to obtain the documents, saying Najib is trying to question her credibility. He then suggested that the defence can question Zeti when she is called to the witness stand.

Najib is also seeking a court order for the prosecution to supply any documents or items in relation to Goldman Sachs, which was responsible for handling the issuance of several bonds in relation to 1MDB.

This is in relation to the recent settlement that the US financial institution has with the Malaysian government where a sum of US$2.5 billion was received as well as another US$1.4 billion worth of possible assets to be recovered. Goldman Sachs was initially charged here but the charges were withdrawn following the settlement.

The US financial institution was alleged to have mishandled three bonds totalling US$6.5 billion that were issued by 1MDB in 2012 and 2013.

Najib was seeking to get former Goldman Sachs banker Tim Leissner’s mobile phone records as well as a copy of the settlement agreement between the government and Goldman Sachs among others.

Justice Sequerah said the phone records Najib is seeking are not part of the prosecution’s case and as such the prosecution is not obliged to furnish these documents to him.

The trial will resume on Aug 17.