Judge asks what happened to the RM4b loan granted to SRC, Najib's lawyer replies 'no one knows' 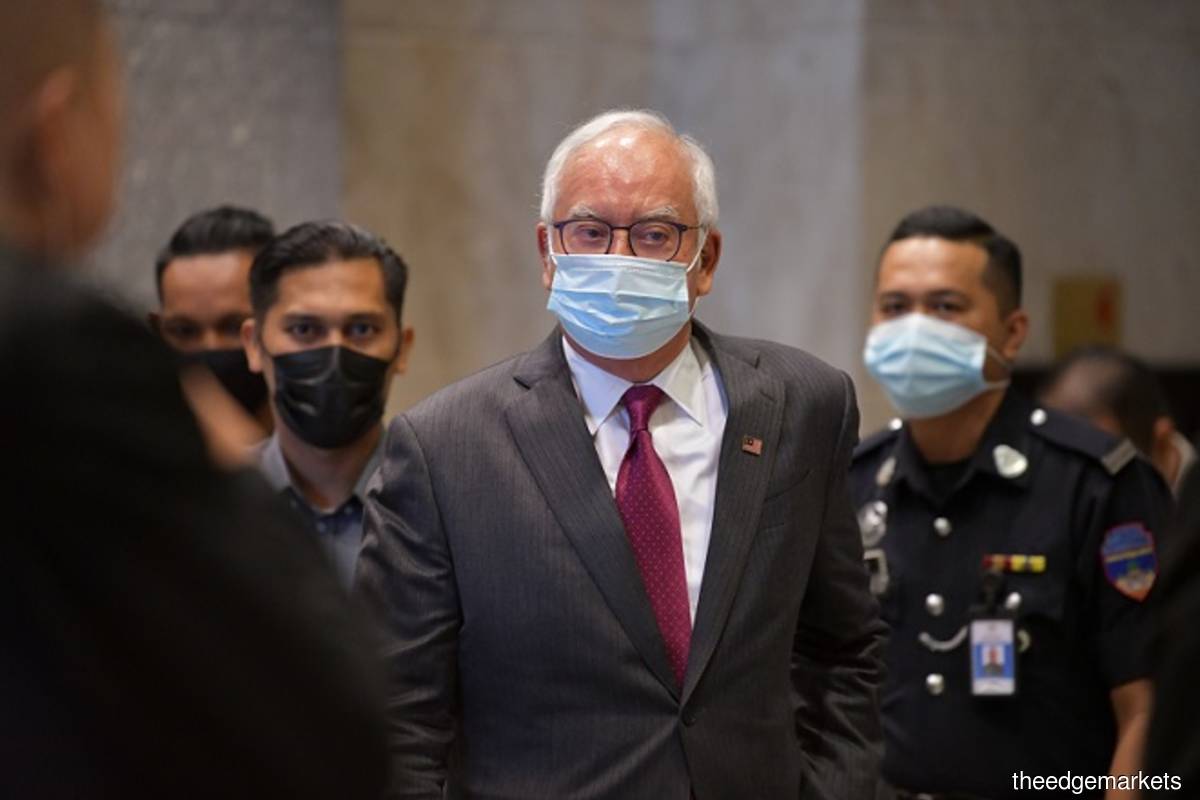 PUTRAJAYA (April 8) : A Court of Appeal judge today questioned Datuk Seri Najib Razak's lawyer on the status of the RM4 billion loan granted by Retirement Fund Inc (KWAP) to SRC International Sdn Bhd in 2011 and 2012, and was told "no one knows".

Justice Datuk Vazeer Alam Mydin Meera posed the question to counsel Harvinderjit Singh, in the wake of questions raised on the huge sums granted to SRC by KWAP on two occasions which were immediately transferred out of the country.

“We know roughly that RM1.8 billion was transferred out in the first instance, and possibly the same in the second, for investment. As to what is the status of the fund now, we do not know and there was no evidence before the court or anyone who came to court to say what the status is,” he said.

He added that the transfer of the money did not go through the SRC board.

Besides Justice Vazeer, the other members of the bench are Justice Datuk Abdul Karim Abdul Jalil, who leads the bench, and Justice Datuk Has Zanah Mehat.

It was previously reported that the transfer of funds were made through a secret SRC International account and not via its normal account. The signatory of the secret account was SRC's former managing director Nik Faisal Ariff Kamil, who is now outside the country and is being sought by the authorities.

Former SRC International chairman Tan Sri Ismee Ismail had testified in the trial at the High Court that he knew the existence of the account sometime later, after he was appointed to the board.

“It should also be mentioned that testimonies of witnesses reveal that the significant bulk of the RM4 billion drawn down to SRC by KWAP was almost immediately upon receipt transferred to accounts outside the country, and which now appeared to have been frozen by the relevant authorities in Switzerland. Its present status is not made clear in this trial,” he stated.

Second Finance Minister Datuk Seri Ahmad Husni Hanadzlah testified during the trial that he had tried to retrieve the funds that were allegedlly frozen in Switzerland but was prevented to do so by Najib.

SRC did not have proper corporate structure

In reply to another question from bench as to why no police report was made on the matter, Harvinderjit replied that only Ismee and former SRC director Datuk Suboh Md Yasin could provide the answer.

He also told the three-member bench that SRC did not have a proper corporate structure when the bulk of the RM4 billion loan was granted by KWAP.

The lawyer added that at that time, there was no board of directors but only Nik Faisal and another person, but it would be wrong to label Najib as having dominion of those money and being an agent of it to fulfill the criminal breach of trust charge.

Harvinderjit said it would also be wrong to label the former premier as a “shadow director” as classified under Section 402A of the Penal Code, as Najib should not be considered an agent.

“Najib did not carry a formal director role in the company. He was merely there as an adviser emeritus of SRC by virtue of the government holding shares or interests with the company (through the loan given),” he said.

The lawyer noted that the definition of an agent includes "any corporation or other person acting or having been acting or desirous or intending to act for or on behalf of any company or other person whether as agent… or in any other capacity either alone or jointly with any other person and whether in his own name or in the name of his principal or not".

“‘Director includes any person occupying the position of director of a company, by whatever name called, and includes a person who acts or issues directions or instructions in a manner in which directors of a company are accustomed to issue or act, and includes an alternate or substitute director, notwithstanding any defect in the appointment or qualification of such person,” as stated in Section 402A of the Penal Code, he said.

As such, Harvinderjit said his client did not hold a formal director position in the company and it was wrong for the prosecutor to charge him under Section 409 of the code.

“A shareholder may represent his interests but the board of directors represents the interests of the company as a whole,” he added.

Harvinderjit also described the move by the prosecution to lay charges as amounting to selective prosecution, as his client should not be held for misappropriating money or criminal breach of trust as he was not responsible for the transfer of funds.

"The person or persons who caused the transfer of funds is Low Taek Jho (Jho Low) and his associates and he is still at large. The fact remains that the prosecution also admitted that they had prepared charges against Nik Faisal and Jho Low for misappropriation but Najib was charged instead," he added.

Najib was found guilty by the High Court last July 28 of abuse of power over the approving of the RM4 billion loan from KWAP  in 2011 and 2012, and of criminal breach of trust involving RM42 million of the company's funds deposited into his AmBank accounts. He was also found guilty of money laundering with regards to the RM42 million.

Najib was sentenced to 12 years in jail and fined RM210 million, which he is currently appealing.