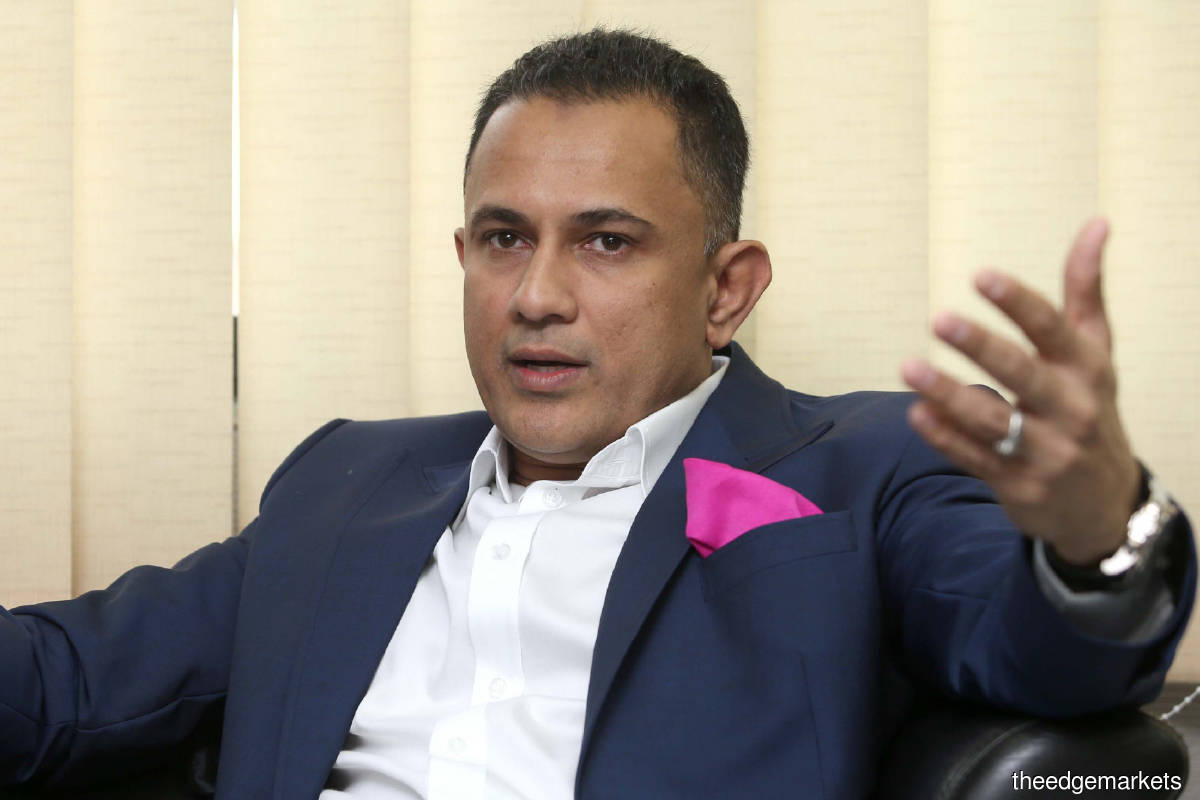 THE property development arm of textile wholesaler and retailer Jakel Group is planning to build a 74-storey-tall building within the Golden Triangle near the Petronas Twin Towers in Jalan Pinang.

Sources peg the gross development value (GDV) of the development — adjacent to the Kuala Lumpur Convention Centre and next to the Grand Hyatt Kuala Lumpur — at an estimated RM2 billion. When completed, it may be as tall as Four Seasons Place.

A document sighted by The Edge shows that the developer, Mabrur Land Sdn Bhd, submitted building plans for Lot 195, Jalan Pinang, to Dewan Bandaraya Kuala Lumpur (DBKL) for approval on Jan 12. Plans for the freehold parcel, measuring 57,447 sq ft, include three floors of retail and four floors of exhibition space. Other components include a hotel, office and serviced apartment.

According to records, Mabrur, a Jakel Group company, purchased the land in 2015 from DBKL for RM145 million or RM2,524 psf.

A search on the Companies Commission of Malaysia’s website shows that the shareholders of Mabrur are Mohamed Faroz, who owns 50%, with the remaining 50% held equally by Mohamed Izani Mohamed Jakel, Mohamed Nizam Mohamed Jakel and Luqman Mohamed Jakel.

Based on the latest available financial data for the year ended Dec 31, 2018, Mabrur posted a net loss of RM4.98 million on revenue of RM1.2 million. It had total assets of RM242.24 million and total liabilities of RM155.9 million, while retained earnings amounted to RM78.95 million. It is learnt that for the past few years, Jakel had rented out the site to Kuala Lumpur Convention Centre. A temporary structure built on the site was recently dismantled following the disruption caused by Covid-19 on the meeting, incentive, convention and exhibition, or MICE, business.

Components may be tweaked depending on demand

“Located along Jalan Pinang with a KLCC address and with a plot ratio of 1:10, this prime site is ripe for development. It is hoped that when the proposed office tower and hotel are completed by 2025, the economy and property market would have recovered, and the oversupply of offices and hotels would have eased,” VPC Alliance (M) Sdn Bhd managing director James Wong says of his expectations for the development.

A source tells The Edge that the project is only likely to commence in three years. And depending on the demand at the time, the components may be tweaked to include small office suites and/or smaller units of high-end apartments measuring around 500 sq ft.

He adds that should the hotel component materialise, the developer will look at bringing in an established operator from the Middle East to run it as a shariah-compliant hotel.

Savills Malaysia deputy managing director Nabeel Hussain says, “It’s an interesting scheme, to be sure. Most single-tower developments won’t have so many different uses, but perhaps it’s an attempt to utilise all the allowable gross floor area in a market where most sectors are feeling the strain from oversupply.”

Jakel group’s upcoming property development projects include The Velodrome, Cheras and Lembah Ledang. The latter will be built on a 19.14-acre land parcel fronting Jalan Duta near Istana Negara, Kuala Lumpur. The tract was sold by the government in 2017 for RM646 million to Jakel Land Sdn Bhd, which is equally owned by Symphony Life Bhd, Permodalan Nasional Bhd and JBiz Development Sdn Bhd.

The group’s completed projects include Jakel Square in Jalan Munshi Abdullah and J Dupion in Cheras, both in Kuala Lumpur, and Wisma BSN in Section 14, Petaling Jaya.

Data from the Council of Tall Buildings and Urban Habit — an international body considered to be the authority on tall buildings — ranks the Petronas Twin Towers, with 88 floors (451.9m), No 17 in the list of the 100 Tallest Completed Buildings in the World.

It is worth noting that in 2018, The Edge reported that KLCC (Holdings) Sdn Bhd was expected to build a 700m building called Tower M within the Kuala Lumpur City Centre development, but only after 2030. It will involve the construction of an office tower atop a retail podium on a four-acre site near Jalan Binjai. Industry estimates put the GDV of the project at between RM3.7 billion and RM4.2 billion.