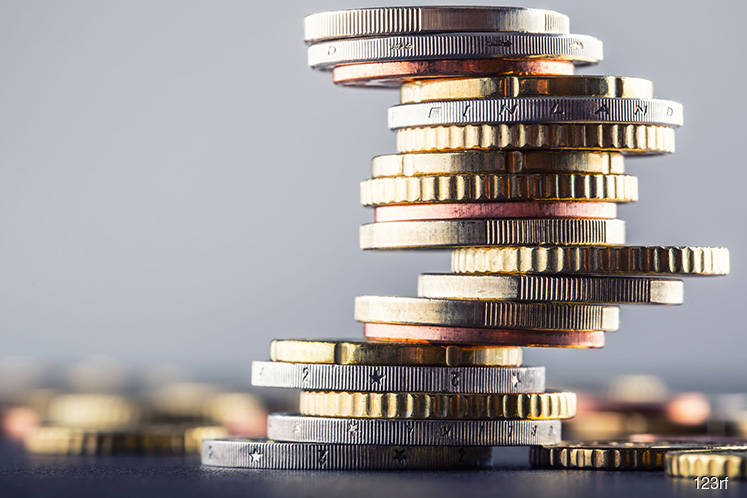 The collection of zakat has been institutionalised in many Muslim countries. The promotion, collection and distribution of zakat are undertaken by the respective religious authorities according to shariah requirements.

However, there are several challenges, according to research papers.  They include inefficiency, a lack of transparency in terms of how the funds are collected, managed and distributed, the differing views of Islamic scholars on how these should be dealt with and extensive bureaucracy.

To address these challenges, Dr Ziyaad Mahomed, associate dean of executive education and e-learning at the International Centre for Education in Islamic Finance (INCEIF), and his team have come up with an Islamic social financing app that leverages blockchain technology. The app — which won first prize in a competition organised by the Islamic Development Bank Group and the IE Business School in Madrid in February — was developed in partnership with Dublin-based financial technology (fintech) company AidTech and the International Federation of Red Cross and Red Crescent Societies.

“How the app works is very simple. When users turn it on, they are presented with two options: sedekah (charity) or zakat. If they choose zakat, the app prompts them to select the school of thought they follow — Shafie, Maliki, Hambali or Hanafi — as there are differences of opinion,” says Ziyaad.

“Then, the app asks a few questions such as where they would like to see their money go. We provide them with a choice of projects such as water irrigation, sanitation, poverty eradication and education. After choosing the project, they complete their payment using a secure gateway.”

He acknowledges that the main concern of zakat contributors is whether the money goes to the right party. His team is currently working on a scorecard for the social enterprises and social development organisations that wish to promote their projects via the app. This will help the app developers to assess the credibility of the projects. Users of the app will also be able to view the scorecard.

“Specific projects are listed. And once the zakat payment has been made, it is registered on a node in the blockchain. Payers will receive confirmation of acceptance. Now, the project has their money,” says Ziyaad.

“When the money has been fully utilised, the payers will be notified via the app. Thanks to the transparency provided by the blockchain, there is more confidence among payers that their zakat has reached the intended recipients.”

The app may be launched before the end of the year, but not in this region yet. Instead, the team has chosen the UK as the base for the app’s proof of concept. There, it has access to many non-governmental organisations it could partner. Also, there are many Muslim expatriates who wish to have their zakat utilised in their home country.

There are also challenges in developing the app, such as ensuring an optimal content management system, he adds. Poverty eradication projects, for example, may involve tens of thousands of individual recipients. This makes it hard for the developer to ensure that the zakat does not go to the same group of recipients the following year.

“We have to create a solid system that does not promote dependence on zakat. The practice of giving handouts to the same individuals is a serious problem — we are not helping them to enhance their standard of living if we keep on giving them handouts. There is a category of people living in extreme poverty who will always need zakat, but we have to be careful not to contribute to a culture of dependence,” says Ziyaad.

“I am not worried about the demand for the app. I am sure that millennials, especially, would use it to pay zakat because of the transparency and convenience it offers. It is not a perfect solution, but it is a step in the right direction.”

He hopes that after the proof of concept, the app can be launched in other parts of the world, especially in Muslim-majority countries such as Malaysia and Indonesia.

“In a country like Malaysia, where zakat is managed by a particular state, introducing something like an app would be expected to improve efficiency,” he adds.

Ziyaad says there are other promising enhancements that blockchain technology could bring to Islamic finance such as the use of smart contracts in takaful. Implemented together with technologies such as telematics and the Internet of Things, smart contracts could improve the underwriting process and hasten the claims process.

“We also see that smart contracts could play a role in Islamic banking activities that rely on sequential transactions for permissibility. Banks spend significantly on arranging, monitoring and auditing these sequences. If transactions have strayed from the sequence, they may not be compliant and incur additional expenses later on,” he says.

“If there is a smart contract managing the transactions, then banks can potentially reduce costs, making the product much cheaper. Due to blockchain’s transparency, shariah compliance may be enhanced. There are companies trying to introduce this and we are helping them to figure this out. But things are still very much in their infancy at this time.” — By Khairani Afifi Noordin