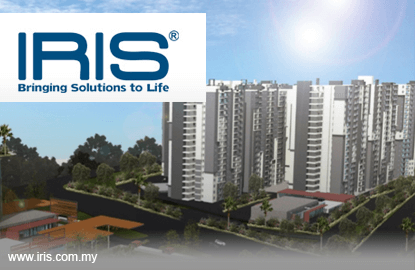 The airline and airport security systems developer said it has entered a sale and purchase agreement (SPA) with Edmund Fong R Boon, a Malaysian citizen (Purchaser) for the proposed disposal of 35 million shares or 29.83% stake in Versatile Creative.

The price, Iris said, was derived at on a willing buyer-willing seller basis, after taking into consideration a premium over the net assets of Versatile Creative's latest audited financial statements as March 31, 2015.

On the proceeds, Iris said it allocated RM14.72 million or 70% of the total proceeds for the repayment of borrowings, while the remainder of RM6.28 million for working capital.

"There are no liabilities, including contingent liabilities and guarantee expected to be assumed by the purchaser, arising from the proposed disposal," it added.

On the rationale, Iris said the disposal provides it a good opportunity to unlock the value of assets which are not part of its core business.

It is also inline with the group's exercise to realign its focus on its core business being Trusted ID solution and systems, education, construction and property development division.