IPO round-up 2016: Mixed performance by new kids on the block 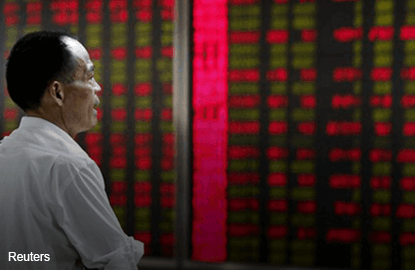 DESPITE the lacklustre interest in the local bourse, selected stocks that made their debut this year have outshone many on Bursa Malaysia.

Among the new entrants, Dancomech Holdings Bhd has been the best performer so far this year in terms of share price, although it did not do as well on its maiden trading day on July 21, compared with its peers that listed this year.

The share price of the process control equipment and measurement instruments distributor has surged 89% to RM1.42 as at Dec 13. This is an impressive feat considering the FBM Small Cap Index’s 9.1% drop from the start of the year to Dec 13, to 14,493.56 points. The index has been moving sideways in the range of 14,300 points to 16,000 points.

The third best performing IPO was Chin Hin Group Bhd, which has gained 32.3% to 86 sen year to date. The building materials player had a strong debut, rising 26% on its first trading day.

Given the soft sentiment in the market, some stocks fell below their IPO price. Among them was BCM Alliance Bhd, which had gained 13.2% on its listing price of 19 sen at its Oct 24 debut, but has since fallen 10.53%.

The laundry equipment and medical devices distributor’s share price started falling in end-November after it announced a poor set of financial results. Net profit slumped 64.5% to RM622,000 for the third quarter ended Sept 30, 2016 (3QFY2016), from RM1.75 million in the previous year, due to an increase in administration cost. The group’s nine-month cumulative net profit contracted 23.4% y-o-y to ­RM4.99 million.

HSS Engineers Bhd, an engineering and project management services provider, is another new entrant that has dipped below its listing price. Listed on Aug 10, it hit a peak of 66 sen on Aug 12 but started heading south after that. As at Dec 13, it had shed 17% to 41.5 sen, making it the worst performer among its peers listed this year.