IPIC submits request for arbitration to claim US$6.5b from Malaysia 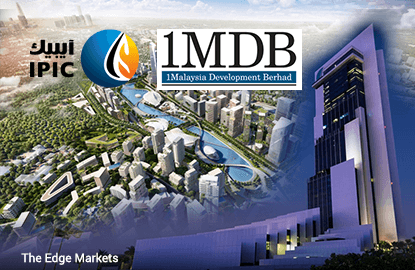 The RFA is in regards to IPIC's claim that 1Malaysia Development Bhd (1MDB) and Minister of Finance Inc (MoF Inc) have failed to perform their contractual obligations under the Binding Term Sheet (BTS).

"The failure of 1MDB and MoF Inc to perform their obligations, cure their defaults or put forward acceptable proposals, has left IPIC in the position where it must pursue its claims in arbitration. The total amount claimed by IPIC/Aabar is approximately US$6.5 billion," IPIC said in a filing to the London Stock Exchange today.

It added that the claim will be determined by an arbitral tribunal that will comprise three arbitrators in accordance with the BTS and the LCIA Rules.

The dispute between IPIC and 1MDB arises after the Abu Dhabi sovereignty fund said it has never received US$3.5 billion payment from 1MDB. It revealed that British Virgin Island-registered Aabar Investment PJS Ltd, to whom 1MDB said it had paid the sum, is not related to the group.

Subsequently, 1MDB defaulted on two interest payments — one was due in April and another in early May — on two 1MDB bonds worth US$1.75 billion each. The defaults resulted in IPIC assuming the interest payments totalling US$102.4 million as co-guarantor of the bonds.

Despite 1MDB defaulting on the interest payments, the strategic investment fund has repeatedly said it has sufficient liquidity to meet its financial obligation.

In response, 1MDB issued a statement saying that the fund and its legal counsel will review the request for arbitration, once it has been served with a copy.