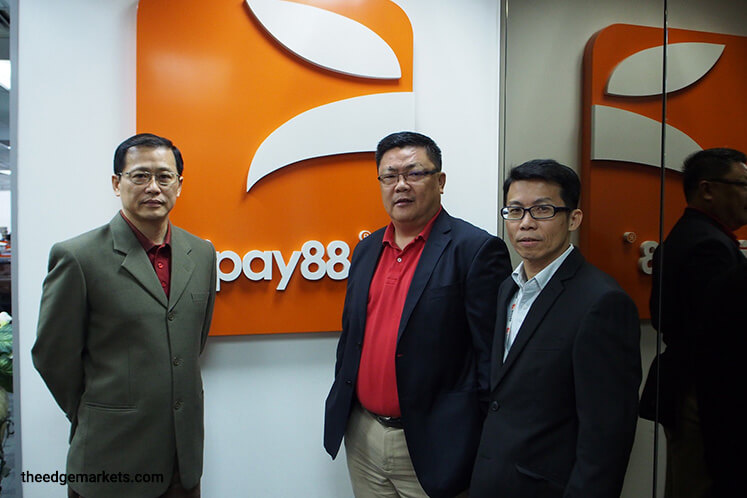 In a statement today, iPay88 founder and executive director, KL Chan, said winning the Global Responsible Business Leadership Awards 2017 put Malaysia on the world map because the award represents the most prestigious form of recognition for companies globally in leadership, corporate responsibility and corporate sustainability.

"Receiving the Global Responsible Business Leadership Awards 2017 award proves that iPay88 is not only responsible and yet still achieve the triple bottom line of People, Planet and Profit in the increasing competitive market place," said Chan.

Chan said that for the Global Responsible Business Leadership Awards 2017, the organisers, Global Compact Network Malaysia and Asia Pacific CSR Council, as well as the industry nominated and selected its 36 international winners based on their commitment towards demonstrating excellence in business sustainability and leadership in the increasing competitive market place.

He explained the nomination and winning criteria are aligned to the 10 principles of the United Nations Global Compact, covering the areas of environment, human rights, labour standards and anti-corruption.

Winners are organisations that achieved triple bottom line success in relation to the 17 sustainable development goals.

"In light of the UN Millennium Development Goals, it is high time for large corporations and SMEs to be recognised for their effort in achieving corporate sustainability and social responsibility. It differentiates iPay88 as a socially responsible company," said Chan.

The Malaysian e-Payments Excellence Awards is an annual and national award by MyClear, a Bank Negara subsidiary.

The award recognises the outstanding achievements of banks, businesses and government agencies that have contributed significantly towards excellence, innovation and growth in e-payments.

Chan said winning the Bank Negara MyClear award is strong validation of the company's strength and expertise created over the years — as a single contact point for banks and financial institutions.

"Our hard work is recognised nationwide and by the local FSI industry as it proves iPay88's crucial role as a third party acquirer entrusted by the banks.

Chan said he is confident iPay88 will continue to play a significant role in digitalising the Malaysian economy by converting more SMEs to expand their business online while growing the digital SME community in Malaysia.