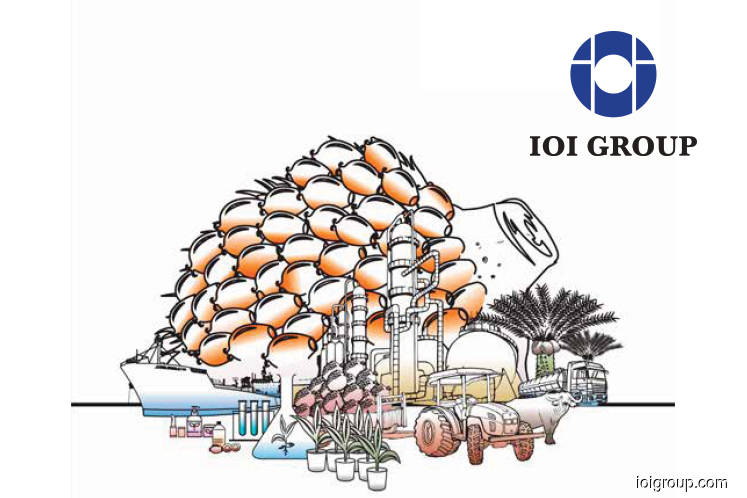 Chief executive officer Datuk Lee Yeow Chor said he sees an opportunity for the group to ramp up its palm oil exports to China from early next year in the wake of reduced soybean imports by Beijing, due to the US-China trade war.

Another positive factor Lee observes is the rally in oil price which has boosted the prospects for biodiesel, as the cheaper palm oil price compared to oil price provides the bright spot for the group to further stimulate the export of biodiesel to Europe.

“These positive factors will become prominent early next year. Thus, I expect the CPO (crude palm oil) prices to trend higher next year from the current level,” Lee told at a press conference, after IOI Corp’s annual general meeting today.

Lee said CPO prices are also expected to be higher by early next year, on the back of lower seasonal oil palm production.

“Forward CPO price is RM100 higher than the October delivery price, as the palm oil production is expected to slow down in January and February, which in line with the seasonal trend,” he said.

Lee also noted that strong demand for CPO from Asean countries, India, Africa and the Middle East will continue to provide a strong boost for the group’s palm oil exports going forward, which will help boost prices.

The benchmark palm oil contract for January delivery on the Bursa Malaysia Derivatives Exchange was up 0.1% at RM2,178 (US$521.68) a tonne at noon, after hitting its lowest level since Oct 11 at RM2,166 in the previous session.

In the near term, however, Lee expects CPO prices to continue to trend low, at around RM2,100 to RM2,250 per tonne by end-2018, given rising stockpiles and production.

According to the latest palm oil statistics from the Malaysia Palm Oil Board (MPOB), Malaysia's palm oil inventories edged up in September to their highest in eight months, surpassing market expectations as production levels came in higher than exports, despite a surge in overseas demand.

The MPOB also reported September production rose 14.4% from August to its strongest in 10 months at 1.85 million tonnes. That was also the highest September level since 2015.

“Although palm oil price will not be as high as it was last year, we are still able to achieve respectable and satisfactory results in FY19, supported by growth in FFB production and oleochemical profit contribution,” Lee said.

On production levels for IOI Corp, the group has forecast a single digit year-on-year increase in fresh fruit bunches (FFB) production for FY19, partly driven by young trees in its Indonesia plantations and improvement in FFB production yield from Peninsula Malaysia, after a replanting programme.

IOI Corp said the group is on the lookout for acquisitions, particularly for established plantations in Indonesia and Malaysia.

“We prefer the acquired plantations to be close to our plantations, as it will be easy to combine and manage them… Currently, two-thirds of our Malaysian palm oil come from Sabah, and the remaining from West Malaysia,” Lee said.

According to a media report, suitors for IJM Plantations Bhd include IOI Corp and Hap Seng Plantations Holdings Bhd. Citing sources, the report named IOI Corp as the leading candidate due to its financial resources and locations of its existing plantations in Sabah and Sarawak.

According to IOI Corp’s latest annual report, its cash and cash equivalents stood at RM2.76 billion as at June 30.