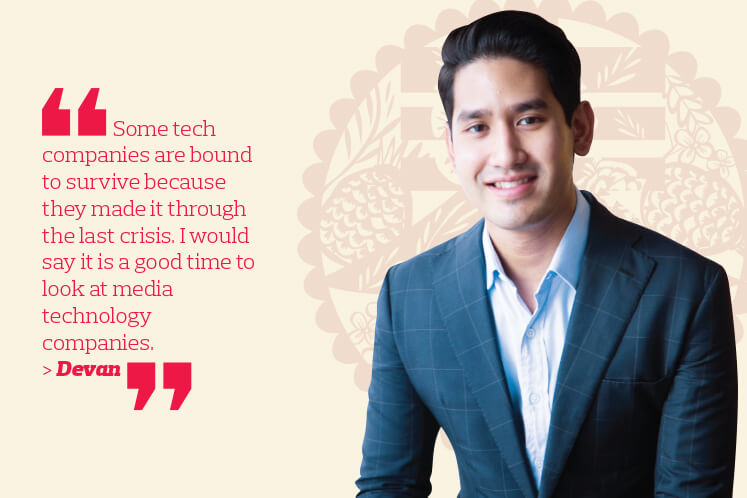 US technology stocks are still attractive despite the selldown in December. In fact, the market correction has presented plenty of stock-picking opportunities in the sector, says hedge fund manager Devan Linus Rajadurai.

While some of the stocks may seem overvalued, the outlook for the overall sector remains positive, the CEO and chief investment officer of MTC Asset Management Sdn Bhd points out.

In the last quarter of 2018, tech counters such as Facebook, Apple, Amazon, Netflix and Alphabet (the parent of Google) — famously known as the FAANG stocks — stumbled following the US-China trade spat and intensified regulatory scrutiny, among others. That was a signal to search for stocks that have been under the radar, says Devan.

“The US is still the world leader despite projections of a slowdown. For investors, looking at companies [such as Micron, Intel and Texas Instruments] could provide some of the best long-term growth potential,” says Devan.

But that does not mean investors should forsake the FAANG, he adds. “If Facebook crashes by 40%, it becomes an opportunity to buy into that company.”

One way to look at it is to select companies that waded through the previous financial crises, says Devan. “Some tech companies are bound to survive because they made it through the last crisis. I would say it is a good time to look at media technology companies. Netflix and Facebook are good companies, but those stocks are still expensive.”

One can also look at their competitors such as Hulu and Amazon Prime, he adds. These companies can survive a financial crisis or downturn because people will still consume their services.

Amazon Prime, which in an internet video on-demand service owned by Amazon.com Inc, is currently Netflix’s biggest competitive threat. It offers a broad subscription package to members while Hulu and Netflix only offer video streaming.

According to a Reuters report last March, Amazon Prime had about 26 million customers in the US and more than five million viewers in other parts of the world. Netflix, meanwhile, recently announced that it had more than 148 million subscribers worldwide as at end-2018.

From a broader US stock market perspective, Devan says consumer staple stocks such as Coca-Cola and McDonald’s are worth considering for their ability to generate consistent revenues and stable growth.

Apart from the US, the financial and retail sectors in Australia are bound to provide good prospects as equities Down Under are not terribly affected by political events in the country. The share prices of companies such as Woolworths Ltd and Coles Supermarkets Australia Pty Ltd have come down and are good for their dividend yields, says Devan.