Investing: Malaysia to benefit from negative interest rates in Europe and Japan 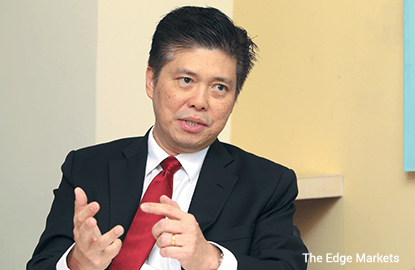 This article first appeared in Personal Wealth, The Edge Malaysia Weekly, on April 18 - 24, 2016. 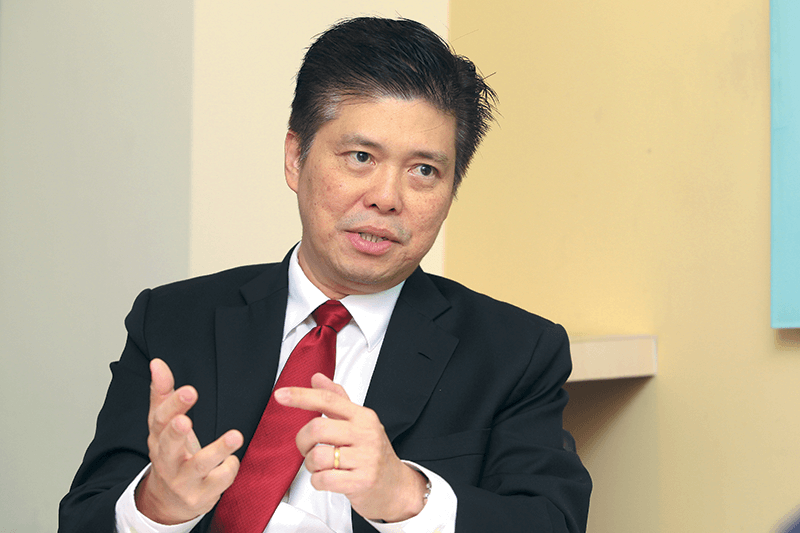 Since mid-2014, several central banks in Europe have cut their key interest rates to below zero to jumpstart their economies, and have kept them there for more than a year. In a bid to reinvigorate its economy, Japan has now done the same thing. While naysayers believe the unorthodox strategy could backfire, United Overseas Bank (M) Bhd’s country head of personal financial services, Ronnie Lim, believes the negative policy rate scenario could turn around the fortunes of emerging markets such as Malaysia.

As negative interest rates require commercial banks to pay for the privilege of depositing excess reserve funds overnight at the central bank, financial service providers and fund managers in these countries are bound to seek better returns elsewhere, he says.

While the move has somewhat distorted global financial markets, Lim reiterates that the below-zero rates could have a positive impact on Malaysia despite its dim economic outlook.

“The introduction of negative interest rates by the Bank of Japan and the European Central Bank initially depressed European and global equity markets, although global equities have staged a rebound of late as investors regain confidence.

“With the negative interest rates in countries like Japan, Sweden, Denmark and Switzerland, financial companies domiciled there must now pay to hold their reserves with the central bank. Although global stocks have staged a comeback recently, this is affecting the profit outlook and hurting the performance of global equities.

“One of the key markets that will benefit from central banks’ negative interest rate policies is likely to be emerging markets,” he says.

Due to these factors, fund managers and financial service providers are turning to emerging markets to seek attractive returns, which, Lim says, began two months ago.

According to MIDF Research, foreign buying of stocks listed on Bursa Malaysia stayed strong for five consecutive weeks before falling to below RM1 billion last week, after surpassing that level for four weeks running.

In its weekly fund flow report published on April 11, MIDF says foreigners bought listed equities worth RM439.4 million compared with an average of RM1.23 billion a week in the preceding four weeks.

It points out that as at last Monday, foreign purchases had risen to RM222 million, although foreign appetite for Malaysian stocks tapered significantly after.

Bank Negara Malaysia’s data shows that foreign investors purchased RM11.5 billion of ringgit-denominated debt securities in March. According to MIDF, combined with an estimated RM6.1 billion foreign purchases of equity, the total external portfolio capital that entered the local bond and equity markets stood at RM17.6 billion in March, the highest since April 2011.

Since the beginning of this year, the ringgit has strengthened 9.09% against the US dollar, mainly due to the rush of foreign input into Malaysian equity, which amounted to RM6.1 billion in March.

From January 2014 to April 7 this year, the ringgit depreciated 19.2% against the greenback. Over the last 12 months, the Malaysian currency has dipped 8.2% against the US dollar, making it the second worst performer in Asia after the baht.

“Of late, foreign funds have come back to Malaysia and our equity market has since rebounded. Inflows into bonds like Malaysian Government Securities are slowly creeping in and because of this, we have seen the ringgit strengthening,” says Lim.

“We anticipate weaker domestic demand but expect relatively stable labour market conditions to sustain private consumption growth, albeit at a slower pace in the light of rising costs, weaker sentiment and negative wealth effects. Over the longer term, Malaysia’s economy continues to look attractive, given its solid fundamentals and ongoing policy reforms to stimulate economic growth by improving labour productivity.”

He adds: “I think, collectively, everyone must work together to actually grow the economy globally. So, this is what the central banks are doing. These are positive signs.

“That said, investors should stay invested and capitalise on this upside.”

Amid the uncertainty of whether foreign buying will continue for the rest of the year, Lim recommends that investors take a portfolio approach to allocating their resources.

By doing so, investors will be able to diversify their risks, either by reducing them or by removing volatility, Lim points out.

“Through a diversified portfolio — it could be by asset class, region or sector — we are able to select uncorrelated or less correlated assets to reduce the overall volatility of the portfolio.

“But if you invest in a particular product or asset class — whether equities or a mutual fund — you are likely to be more exposed to market risk ,” he says.

According to Lim, in a bearish economic environment, it would be advisable to remain moderate or aggressive, depending on one’s risk appetite.

“If we look at all the events that impact us — not just in Malaysia but the whole region — we want to be one up on the market whenever possible,” he says.

“One of the things we are going to do here at UOB is to explore the possibility of developing a fund that is neutral when it comes to market conditions. Neutral means we leave it to the fund manager to rebalance the fund for our customers. So, we are in the midst of getting the ‘best of the breed’ fund managers to come in and to have global multi-assets across the region and across sectors.

“You are in a better position to mitigate risk when invested in a diversified global multi-assets portfolio.”

Lim reveals that he prefers value over growth. “Looking at the environment today, growth might be muted but companies that have value and strong fundamentals are poised to grow over the long term. There are many companies in Malaysia that have good value.”

He adds, “For equities, we prefer Europe, especially with the support of the central banks. Europe is also an economy that is improving. Elsewhere, in Asia, apart from China, we also like India and South Korea. These four areas will remain our focus for 2016.

“For fixed income, we like corporate and sovereign bonds from issuers with strong fundamentals and sound balance sheets. We believe interest rates in developed markets will generally remain low, which is positive for Asian bonds as investors search for yield and return amid a low interest rate backdrop.”

UOB’s focus is still Asia despite the slowdown in China, says Lim. The economic growth of the world’s second-largest economy is expected to hover around 6.7%, following the deceleration in its real estate and manufacturing sectors, according to the World Bank.

“We are focused on India because, like China, it has a large population. South Korea of late is developing and doing well. South Korea has a smaller population but the country is more advanced compared with China. South Korea can dip fast but it can recover just as fast,” explains Lim.