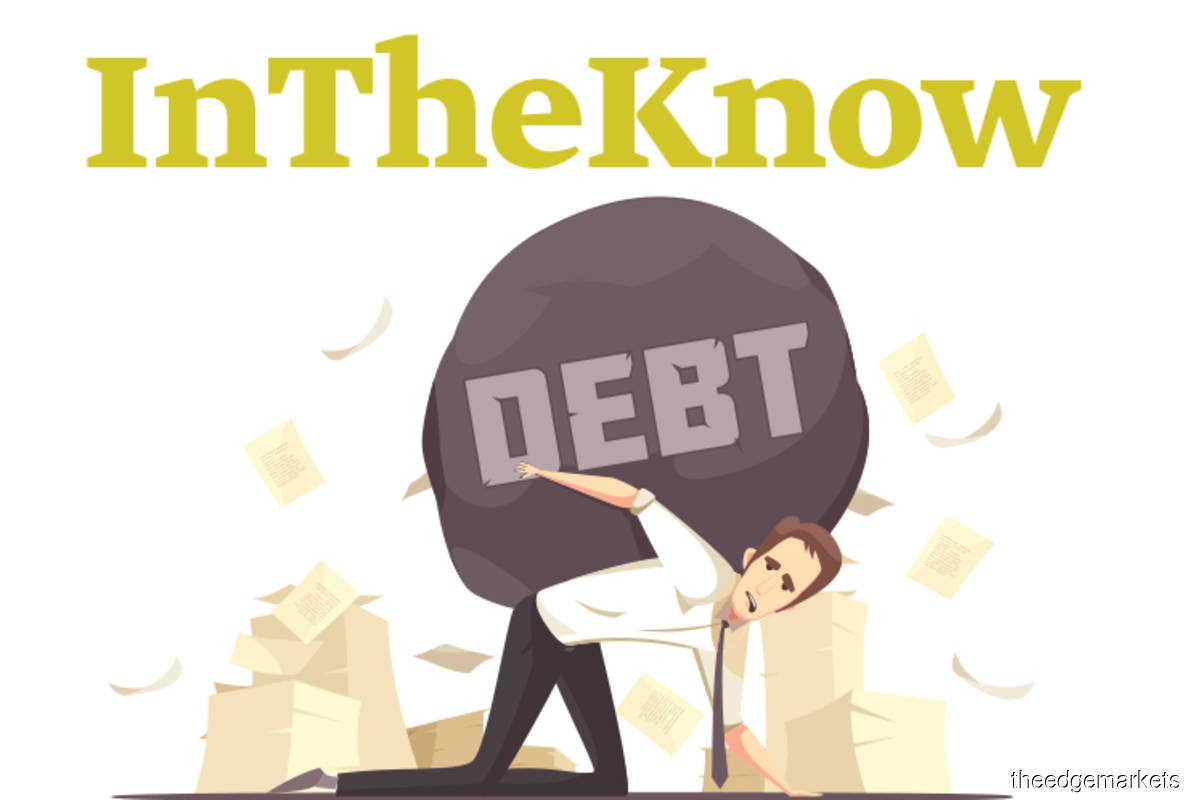 The debt-to-GDP ratio is used by economists and investors to gauge a country’s economic health. The higher the ratio, the greater the debt of a country compared with its total economic output (expressed in the form of gross domestic product). Simply put, the GDP can be seen as the total income of a country.

The formula for debt-to-GDP ratio:

A high debt-to-GDP ratio can be a cause for concern among economists and investors who track the economic performance of a country. This means the country is not producing enough to pay off its debts and therefore may not be able to service its loans.

Is there a magical threshold?

Interestingly, the International Monetary Fund (IMF) published a working paper, titled “Debt and growth: Is there a magic threshold?”, in 2014 to find out whether a country’s economic growth can be dramatically compromised if their debts hit a certain level.

The paper pointed out that several economists had concluded that countries with a debt-to-GDP ratio of 90% and above could experience a dramatic decline in economic growth. These findings were later refuted by other economists, so the debate goes on.

Based on its data and findings, the IMF concluded in the paper that “there is no simple threshold for debt ratios above which medium-term growth prospects are severely undermined”. On the contrary, its findings show that “the association between debt and growth at high levels of debt becomes weak”.

The paper also mentioned that the levels of debt and growth are more influenced by the “trajectory of debt” and that countries with high but declining levels of debt have historically grown just as fast as their peers. However, it pointed out that this does not mean the debt level of a country does not have any effect on its economy.

“We have found some evidence that higher debt appears to be associated with more volatile growth. And volatile growth can still be damaging to economic welfare,” said the IMF.

What is Malaysia’s debt-to-GDP ratio? Malaysia’s debt-to-GDP ratio has declined significantly since 1990, according to tradingeconomics.com, an online platform that provides economics data and forecasts. Its data shows that the country’s debt-to-GDP ratio was 80.7% in 1990 before falling to 31.8% in 1997.

According to news reports, the country’s debt-to-GDP ratio stood at 52.5% last year. On June 11, Finance Minister Tengku Datuk Seri Zafrul Tengku Abdul Aziz was reported as saying that Malaysia’s debt-to-GDP ratio stood at 52%, which was 3% below the debt ceiling of 55% set by the government. He added that the government may need to raise the debt ceiling in the light of the unprecedented challenges caused by the Covid-19 pandemic.

A downgrade in sovereign rating?

Malaysia’s rising debt level, partly reflected by the higher debt-to-GDP ratio, has raised the question of whether it could affect the country’s sovereign rating and potentially lead to a downgrade. The debt-to-GDP ratio is one of the many measures that international rating agencies such as Moody’s use to assess a country’s credit rating.

Investors typically look at sovereign credit ratings as a way to assess the risk of a particular country’s bonds. Should a downgrade happen, investment experts say there could be a significant impact on the local bond market as Malaysian bonds — including those issued by government-linked companies — would likely be downgraded as well. This could trigger a sell-off in the local market and increase the borrowing cost of the government and corporations.

It is worth noting that Japan, despite having a debt-to-GDP ratio of about 230% last year, has been given a higher credit rating by agencies as they also look at other criteria when assessing a country’s credit risk. A quick check online shows that at least two other countries, Peru and Lithuania, have the same A3 rating as Malaysia (by Moody’s). According to Ceicdata.com, Peru and Lithuania had a debt-to-GDP ratio of 26.8% and 36.3% respectively last year. The methodology of international rating agencies can be found online.