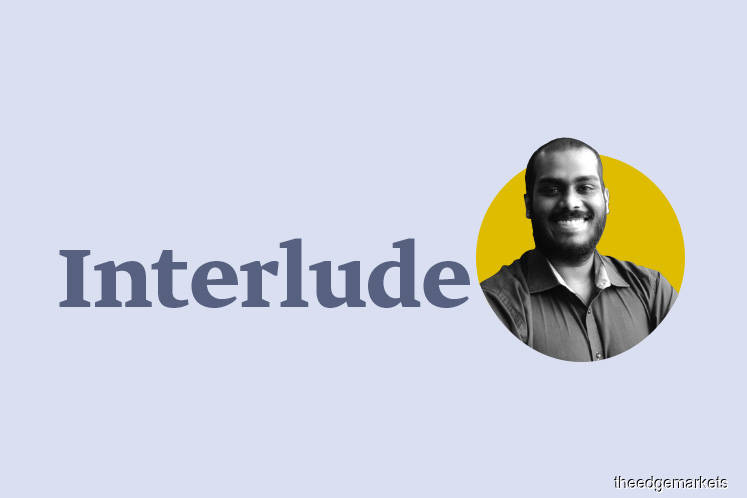 By all accounts, the road to frugality is littered with “good” investments. For instance, I once thought that spending almost RM8,000 on a first-generation radio-controlled quadcopter (a type of drone) was a great investment. I was investing in myself, I said, mostly on the off-chance that I would become a competitive drone racer one day.

Thankfully, my parents had other ideas and relieved me of the RM10,000 I had won years ago in a writing competition. They committed the sum to a fixed deposit and to this day, I am glad they did. Over the years, I have raised a few good fixed deposits of my own. So many, in fact, that I am now proud to say that I have misplaced at least two of my fixed deposit receipts.

But my financial decision-making was not always this poorly-oriented. Upon leaving secondary school, I became acutely aware of just how destructive I was as a child. My parents, sisters, cousins, uncles, aunts and grandmother remind me of this from time to time.

Gradually, I began to measure that destruction in ringgit and sen. I did not realise it at first, but measuring my destructive tendencies in this way went a long way towards shaping my frugal nature today.

For instance, when we were at kindergarten age, I sheared off nearly a third of my cousin’s finger in a particularly competitive game of “avoid the slamming door”. I will never forget the sight of my aunt, panicked and in tears, carrying my screaming cousin out of our late grandmother’s house and running at full pace to the clinic around the corner. Saving the bit of finger must have cost a pretty penny, even for nearly three decades ago.

Later on in life, I thought it would be a good idea to drift my mom’s nearly 16ft-long Volvo sedan on a very poorly tarred stretch of road. It went about as well as you can expect. My parents seemed to think the entire affair was my fault and that I should be responsible for paying the few thousand dollars to fix the car.

I would go on to fall in love with that Volvo. A few years later, I scrimped up enough money from my various call centre and freelance writing jobs to buy it off my mom.

But these expensive “accidents” tended to follow me wherever I went. Eventually, the lesson crystalized: Stupidity empties pockets. Thus, my unintentional journey to frugality began in earnest.

It was a happy coincidence that my dad had expertly maintained the car for more than a decade at that point. But other than that, keeping the car running was all me — and the mechanic my dad had introduced me to.

It also helped that I have conspiracy theory levels of distrust of online shopping, apps that promise discounts on everything from oxygen to bubble tea and credit card peddlers. Thanks to my tinfoil hat approach to managing finances, I was eventually able to get to a point where I save about 40% of my income after expenses, which I have managed to maintain until today.

I have a very small circle of friends (more of a triumvirate actually), so weekly clubbing and bar-hopping sessions were non-existent. Whenever possible, I would have them cough up money for drinks. In return, they got to be driven around in a pristine, comfortable — but surprisingly powerful — Swedish sedan.

I do have a thing for the Jack Purcell Converse brand of shoes. That could have become a really expensive habit but thankfully, I wear a US 15 shoe size. So, I have been able to save a lot of money on shoes. Since I was 15, I have been able to get by on three pairs of shoes every 10 years, becoming very well acquainted with my neighbourhood cobbler in the process.

One expensive vice I did have was a near decade-long smoking habit. But my guilt and inability to cut costs elsewhere finally reached a tipping point. I have managed to remain smoke-free for nearly two years now. Health benefits notwithstanding, you really cannot put a price on feeling morally superior to other smokers.

Having said that, the time is fast approaching for me to replace my wonderful old Volvo. It is not to say that the old girl is not dependable anymore, of course. That time when the engine died in an underground parking lot, I correctly deduced that it was simply a faulty fuse, rather than catastrophic engine failure. And when you consider how the car’s value may appreciate once my application for “classic” status is approved, I will be having a tax-free last laugh.