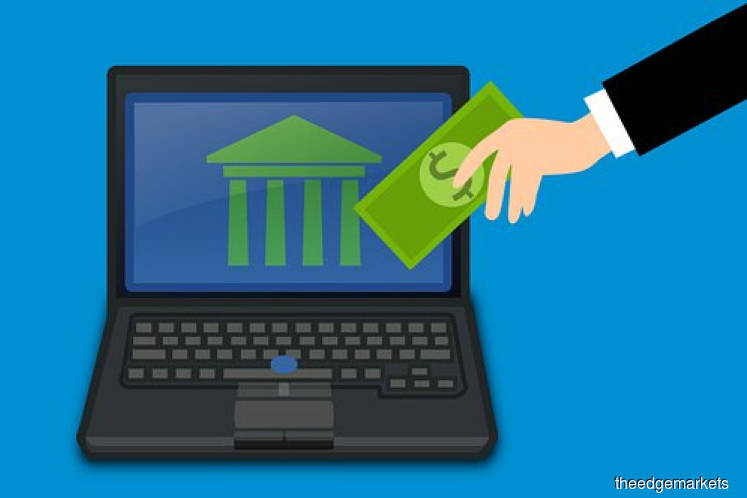 AFTER a lull in the last few months, interest in Malaysia’s digital banking licences is picking up again, even as a number of new digital banks in the region have just  been launched or are about to go live.

“Things are picking up as we go into the Recovery Movement Control Order period. What we find is that there are more people coming on board to say that, because of the delay in [the feedback to Bank Negara Malaysia] guidelines, they have more time to look for partners [to jointly apply for a licence]. And what that means is that it’s like a second wind for some of these players who were not [seen as] the frontline competitors for the licences. So, I think they are taking the opportunity to talk to more partners,” says Kelvin Lee, financial services assurance partner at PwC Malaysia.

Two months ago, Bank Negara announced on its website that given the disruptions caused by the Covid-19 outbreak, it was extending the April 30 deadline for the industry to provide feedback on its proposed digital banking licensing framework to June 30. The central bank had initially expected to finalise its policy document by the first half of this year, after which it was to open applications for the licences.

“We understand that, most likely, the [Bank Negara] guidelines will be finalised by the end of this year, after which the central bank will open the application process early next year,” says Lee.

According to Lee, the companies remain keen on a licence, but the banks are less so. “I haven’t heard of anyone who has dropped out. The interest is still there, I would say. But, for the banks, we gather that they are not so keen on the licences because they feel that the Bank Negara guidelines didn’t give them regulatory arbitrage. So, I think, a lot of the banks feel that it may not be worthwhile to apply for a licence.”

He points out that even if they were to apply for a licence, it may take two to three years for them to actually set up their digital bank. “So, a lot of the incumbent banks are thinking that there is no point to wait so long, when under their current licensing regime, they can actually launch their own version of a digital bank. I think many of the incumbents are planning to do that before the new players come on board.”

The Covid-19 outbreak and ensuing disruptions this year have made digital banking a priority for banks.

“It has become more real. Banks had difficulty onboarding customers [during the lockdown] as customers couldn’t go to branches. And they couldn’t send agents out to sell their loans and credit cards, so some of them were hit hard. Had there been a virtual bank in this lockdown period, it would have been business as usual,” Lee remarks.

Some players are already putting the building blocks for a licence in place.

In April, Sunway Bhd bought a 51% stake in Credit Bureau Malaysia to advance its ambition of building a financial technology ecosystem and securing a digital banking licence.

Meanwhile, Tonik Digital Bank Inc, the first licensed digital-only bank in Asean, has postponed its July launch in the Philippines to September. “Tonik has had to delay its launch … due to the effects of the [Covid-19] lockdown on regulatory and logistical execution,” its founder and CEO Greg Krasnov tells The Edge.

The Covid-19 pandemic has, nevertheless, been somewhat positive for Tonik. “Covid-19 has increased demand for digital financial solutions by three to five times, which will have a positive effect on Tonik’s customer acquisition at launch and going forward,” Krasnov says.

Tonik, which announced last week that it had raised US$21 million in new financing from investors, is 60% owned by Singapore-based fintech firm Tonik Financial Pte Ltd, with the remainder owned by local partners comprising two family offices. It received a banking licence from The Philippine’s central bank last month, becoming the first fintech company in the region to clinch one.

Meanwhile, in April, Singapore delayed its decision to announce the list of successful digital bank licence applicants until the second half of the year due to the coronavirus outbreak. Originally, it was to have announced the winners this month. It plans to issue up to five digital bank licences.

“I think some of the bidders in Singapore are busy trying to sort out the licence application process there before they turn their eyes to the Malaysian market,” Lee comments.