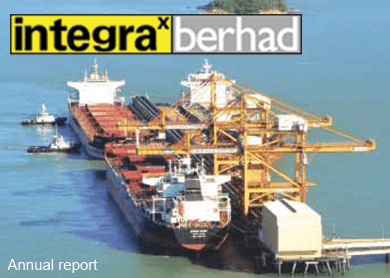 KUALA LUMPUR (Mar 25): Integrax Bhd’s co-founder Amin Halim Rasip has launched a lawsuit against Perak Corp Bhd (fundamental: 1.9; valuation: 1.2) and its directors, over claims the latter did not make a decision in the best interest of Perak Corp shareholders.

This follows Perak Corp board of directors' recent decision to reaffirm its stance to seek approval from the group's shareholders to vote in favour of disposing of its 15.74% stake in the port operator to Tenaga Nasional Bhd (TNB) for RM3.25 per share, at the upcoming extraordinary general meeting (EGM) on Friday.

"I have commenced legal action against Perak Corp and its directors in respect of due care, diligence and judgement, to be exercised always in the best interest of all Perak Corp shareholders," Amin said in a statement today.

Amin said he has also given notice to Perak Corp and its board to table a modified or addition of resolution at the EGM.

Under the additional resolution, Perak Corp is required to invite further offers from TNB or any other party, and seek a minimum price offer of RM3.66 per Integrax share.

"I urge all Perak Corp shareholders to consider and vote for this modified resolution and achieve a higher value from any sale of the Integrax shares, as its assets are strong and consistent cash flow and profit producing assets," he said.

Amin had on March 18, offered to buy a 5% stake in Integrax for RM3.50 per share from Perak Corp.

“I recommend that other Integrax shareholder wait until the outcome of the Perak Corp EGM, before making any decision to sell their Integrax shares, as the strategic assets of Lekir Bulk Terminal and Lumut Maritime Terminal are worth much more,” he said.