Insurers capitalising on digitalisation and connectivity for growth 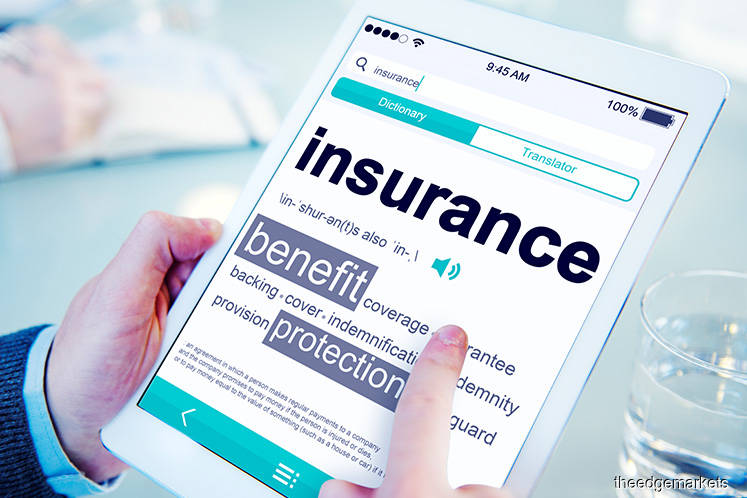 Life insurance companies the world over are set to integrate transformative technologies more swiftly into their operations to avoid stagnation and potential leakage to insurtech players. Insurers are experimenting with connectivity and advanced analytics “to taper the life application-to-closing process from weeks to minutes, lowering onboarding costs, and minimising the consumer dropout rate”, says Deloitte in its 2018 Insurance Outlook report.

The report on “Shifting strategies to compete in a cutting-edge future”, says insurance carriers are conducting underwriting activities digitally through accelerated metrics, “based on digitally available medical data, drug prescription information and potentially even facial analytics technology”, to gauge an applicant’s life expectancy and do away with conventional medical tests.

“Digitalisation of underwriting can also enable online distribution capabilities, allowing insurers to cast their nets wider and embrace younger demographics that often prefer a more virtual experience. Underwriting digitalisation could also remove a barrier to purchase as people of all ages are discouraged by the long and complicated life insurance application process,” the report explains.

Deloitte also states that the probability of prospects purchasing a policy once they apply goes up from about 70% to almost 90% as the underwriting and application process gets nearer to real time.

Another aspect of insurance that is ripe for digitalisation is distribution. It cites Abaris, an insurtech start-up that launched a direct-to-consumer online platform for deferred income annuities.

“On the life insurance side, Ladder, another insurtech start-up, is now offering direct-to-consumer policies within minutes, particularly targeting younger consumers who may often avoid purchasing such coverage given the time it traditionally takes to do so. Moreover, Ladder does not charge annual policy fees or employ commissioned agents, potentially gaining a competitive advantage relative to incumbents.

“Then there is the Swedish insurtech start-up, Bima, which is offering accident and life micro-insurance to low-income consumers in the developing regions of Africa, Asia and Latin America via prepaid credit on their mobile devices. The game-changing potential of such automated lead-generation and direct-sales platforms could challenge life and annuity providers to modernise their business models to maintain, let alone expand, their client base,” the report says.

“John Hancock’s Vitality programme is one such initiative, offering policyholders premium savings and rewards for completing health and fitness-related activities, tracked by smartphone apps and fitness devices,” writes Deloitte in the report.

Apart from offering competitive prices, Deloitte says many auto insurers are looking to differentiate their value with the help of telematics driving monitors, in a bid to improve customer satisfaction and prevent declining retention in a crowded market undermined by dwindling customer loyalty.

“The real-time data furnished by auto telematics offers a way for insurers to become an integral daily influence for connected policyholders through offers of frequent, mutually beneficial value-added services to establish brand stickiness. This doesn’t seem to be a pipe dream as price satisfaction scores are higher among customers who participate in auto telematics programmes, even when they have experienced premium rate increases,” the report says.

Besides telematics, new cars are slowly but surely introducing an assortment of safety sensors, with the ultimate goal of full vehicle autonomy. The safety technology, the report says, should decrease the number of crashes despite the increase in distance driven.

However, insurers estimate that 25% to 50% of vehicles would have to be fitted with forward-collision prevention systems before crash rates drop sufficiently to offset higher repair costs related to damaged sensors and computer systems. Deloitte believes that reaching this tipping point is a long way away, as very limited car models are equipped with technology to mitigate accidents.

The ever-changing customer needs and expectations, along with intensified competition, have pushed insurers to tighten their belts and “do more with less” to increase returns, Deloitte opines. Nevertheless, as productivity improvements become sluggish with the existing staff and systems, many insurers are enhancing their transformation efforts by incorporating more advanced automation led by “bots” — software applications that run automated tasks — as well as machine-learning algorithms.

“Robotic process automation (RPA) and cognitive intelligence (CI) technologies are fast becoming a reality, given rapid increases in computing power and decreases in data storage costs. These options give insurers an opportunity not just to reduce expenses, but also to possibly reinvent how they conduct business,” the report says.

Thousands of people hours, Deloitte argues, could potentially be freed up through RPA as it allows carriers to automate mundane, box-checking-type tasks in underwriting, policy administration and claims. RPA solutions, it explains, use bots to imitate the way people interact with applications and follow simple rules to make decisions and automate tedious business processes, hence, boosting efficiency without redesigning any fundamental processes.

“For example, about a third of the tasks in claims management typically deal with data entry and validation using multiple in-house and external data sources. A large insurer that automated these basic tasks realised a productivity gain of 68%, coupled with improved accuracy and compliance.”

A step further from this is using CI, which provides insurers with tools to automate non-routine and soft-skills tasks such as creativity, intuition and problem-solving. “This is primarily driven by the refinement in several key CI technologies, such as handwriting recognition; image, audio, and video analytics; and natural language processing,” the report says.

To illustrate this, Deloitte cites an insurer who built a cognitive virtual agent that can hold a conversation with customers in natural language. “With the automated ability to answer a wide variety of consumer questions while gathering information for a quote, the insurer realised a higher percentage of completed applications and increased online conversion rates, as well as an overall improved customer experience.”

These insurtech solutions, it points out, could fundamentally alter existing in-house operations. A report, on which the World Economic Forum and Deloitte collaborated, forecasts a possible future scenario where cognitive technologies are so ubiquitous that underwriting becomes much more automated. So much so that it would lead to the advent of speciality third-party underwriting providers.

Deloitte reveals that insurer spending on cognitive or artificial intelligence (AI) technologies is expected to increase 48% globally, on a compound annual growth basis over five years, reaching US$1.4 billion by 2021. “Spending on these insurtech solutions is expected to increase 50% for automated claims processing, 47% in fraud analysis and investigation, 42% for programme advisors and recommendation systems, and 35% in threat intelligence and prevention systems.”