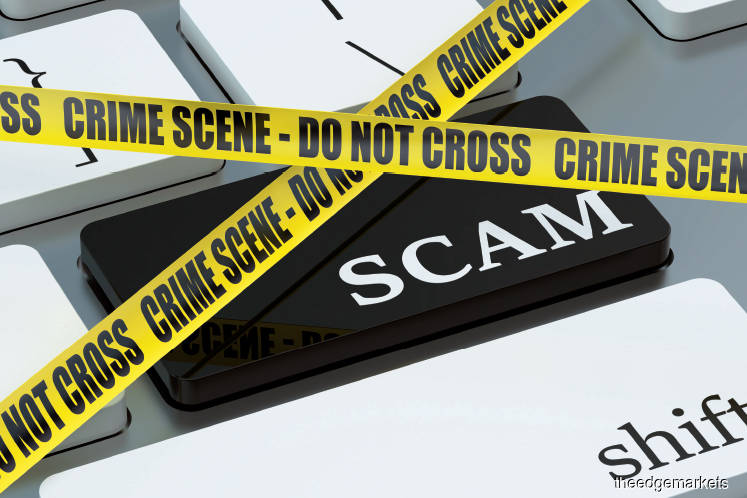 In January last year, a Malaysian was sentenced to 44 months in a Singapore jail for intentionally causing traffic accidents and making false insurance claims. In March, a business manager of an insurance company in Kuantan, Pahang, was imprisoned for three months after claiming insurance for the death of an unrelated person.

Cases of people staging accidents, submitting false claims and faking injuries to claim insurance payouts are not uncommon. The total cost of insurance fraud is estimated to be more than US$40 billion (RM169.3 billion) a year in the US, which is the largest insurance market in the world, according to the Federal Bureau of Investigation. Last year, insurers in the UK detected 125,000 false insurance claims amounting to £1.3 billion (RM7.2 billion), according to the Association of British Insurers.

The same goes for Malaysia. According to Bank Negara Malaysia governor Tan Sri Muhammad Ibrahim, fraud is especially rampant in motor insurance claims, with an estimated RM760 million lost by insurers and takaful operators in 2013. In July, Allianz General Insurance Company (M) Bhd reported that it had stopped RM5.6 million in fraudulent claims between 2014 and 2016. During that time, there was an average of six fraud cases every month.

While the man in the street may not be directly affected by such fraud cases, the cost of the losses incurred by insurers may potentially be passed on to consumers. To address this problem, countries such as the UK and Canada have begun using big data analytics to identify instances of fraud and notify insurers of suspicious claims promptly.

Insurers and regulators in Malaysia decided to follow suit three years ago and create the Fraud Intelligence System (FIS) based on the same technology. In September, four insurance companies — which make up 30% of the local auto insurance market — began the first phase of FIS adoption. All insurers that offer motor insurance are expected to implement the FIS in stages by August next year.

Mahendran Samiappan, CEO of Insurance Services Malaysia Bhd (ISM), says it had become imperative to establish the FIS following the detariffication of motor insurance last year, which allows premiums to be determined more flexibly. “In the long term, especially with the detariffication, the cost of claims will turn into premiums. But it could translate into lower premiums in the long run if we can reduce the cost of fraud as a component of the claims payout. So, that can be a longer-term benefit to consumers,” he adds.

“Ultimately, we are trying to make sure that insurance fraud does not add on to the existing cost. We do not want this to be another element that keeps adding on to the cost of insurance.”

ISM, the FIS project lead, is an insurance rating company established by the General Insurance Association of Malaysia (PIAM). Mahendran says the FIS can be compared with the Central Credit Reference Information System (CCRIS) in banking, which provides credit ratings for Malaysians. The FIS will serve as an equivalent system for the insurance industry.

“Fraud has always been an issue in the insurance industry, but it has been accepted as a cost of doing business and there were limited tools available to detect and investigate such cases. It all depends on the investigator’s experience and knowledge. A person who has a lot of experience would be able to quickly identify red flags or inconsistencies.”

The FIS is modelled after a similar system in the UK and built with the same vendor, BAE Systems. The system is currently only mandatory for motor insurers because this insurance segment represents a huge portion of insurance companies’ portfolios and affects the most Malaysians.

The global insurance industry estimates that 10% of the total claims payouts are fraudulent. After the implementation of the fraud detection system in the UK 11 years ago, the country cut that estimate to 7%, says Mahendran.

“We are starting with motor insurance, but the capability to expand to other lines of insurance is there. There are two prongs to this initiative — one, we are trying to detect those who are actually making fraudulent claims. The other is that if there are good customers, they should be enjoying the benefit of faster turnaround times. So, the FIS is supposed to help improve turnaround times while detecting more fraudulent cases,” says Mahendran.

The system works by putting all the claims data from insurance companies into a centralised database. ISM will study the data for trends and run models to find indicators that point to fraud cases. The observations will then be plugged into the system and alerts will be sent to insurers if fraud is suspected.

If insurers have a claim they find suspicious, they can notify ISM through the system and receive alerts with relevant information within three seconds. However, only limited information is relayed to protect the privacy of customers and their respective insurance companies.

How to spot a fraud case

During the pilot phase of the FIS from last December to June, it achieved about 70% accuracy in detecting fraud from the data provided by the four insurance companies, says ISM assistant manager of business intelligence Aaron Morris. He notes that one common indicator of fraud is that the individual is a serial claimant or may have switched insurers multiple times. Fraudulent claims also tend to be higher in value.

Many of those who commit insurance fraud are part of organised rings or are frequent claimers, so such trends can be observed and identified. The system can compare the data of customers collected from the insurers and produce a response within three seconds.

“This is just an example because data matching is probably the easiest way of finding fraud. If my identification card appears in previously known fraud cases, that is easy. But what about my addresses, phone numbers and last name? Maybe I misspelled my name on different claims, or maybe I misspelled my name but it is the same date of birth. We can establish that it is the same person in some of those linking mechanisms,” says Morris.

“For example, if they log in a case about a car that has been severely damaged in a crash, but the other car involved in the crash has less damage, there is an inconsistency. Then you can tell that maybe this person is exaggerating the cost. You can check if this happens consistently.”

Both Morris and Mahendran emphasise that using the FIS does not cut out the role of investigations altogether. It just shortens the process. Typically, if the insurer suspects a fraudulent claim, it will look through the individual’s previous claims, set up an interview and get in touch with other insurers.

“The real value-add is probably by combining all the data and seeing unexplained relationships between as many people as possible, from hospitals and the claimants themselves to the adjustors or workshops. By combining industry data, we may not find the one guy who does one thing once, like the person who

exaggerated claims slightly so that he could get his car painted. But if it is some real organised crime stuff, serial offenders or people who are colluding with them, we can hopefully pick up on this. The one-off fraudster may get away, but we are targeting career fraudsters,” says Morris.

The next batch of insurance companies will begin adopting the FIS in February. ISM’s goal is for all insurers involved in motor insurance to be on board by August next year.

“In terms of trying to bring down the number of fraudulent claims, if the total claims are 10%, we want to detect at least 2% of them. That is already worth about RM100 million based on last year’s numbers,” says Mahendran.

“This whole thing is not to find excuses to reject claims. That is definitely not the case here because sometimes people may get that idea. We want to try to pay the general claims faster, with only the more suspicious ones held back.”