Insipid start for KLCI in line with regional markets 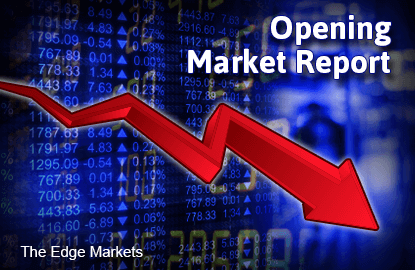 KUALA LUMPUR (Sept 28): The FBM KLCI got off to an insipid start today in line with the struggling regional markets.

Asian stocks struggled for traction on Monday after an uninspiring performance on Wall Street at the end of last week, while the dollar consolidated its gains against the yen and euro, according to Reuters.

Meanwhile, it said European stocks rallied as concerns on economic slowdown faded after US Federal Reserve said it will raise interest rate later this year.

“Following the mixed performance in US markets, we expect the KLCI to consolidate above the support of 1,600 points,” it said.