As such, they command premium valuations, with the three stocks trading a trailing 12-month P/E of between 21 and 29 times and at a hefty price-to-book ratio of between 3.6 to 22.2 times.

There is one consumer stock that is overlooked by investors and trades at under half these valuations – Ajinomoto (M) Bhd. Ajinomoto is currently trading at just 1.3 times book with trailing 12-month P/E of 12.5 times, even below the broader market’s average.

Originated from Japan, Ajinomoto is renowned for its flavour enhancer, Monosodium Glutamate (MSG) that also bears the “Ajinomoto” brand name. In 1961, Ajinomoto (M) Bhd started as one of the very first Japanese joint-venture companies in Malaysia. Apart from MSG, the company also manufactures other retail and industrial food products such as salt, pepper, sweetener and instant soup.  Ajinomoto’s revenue and profits has grown steadily — although not spectacularly — over the years. 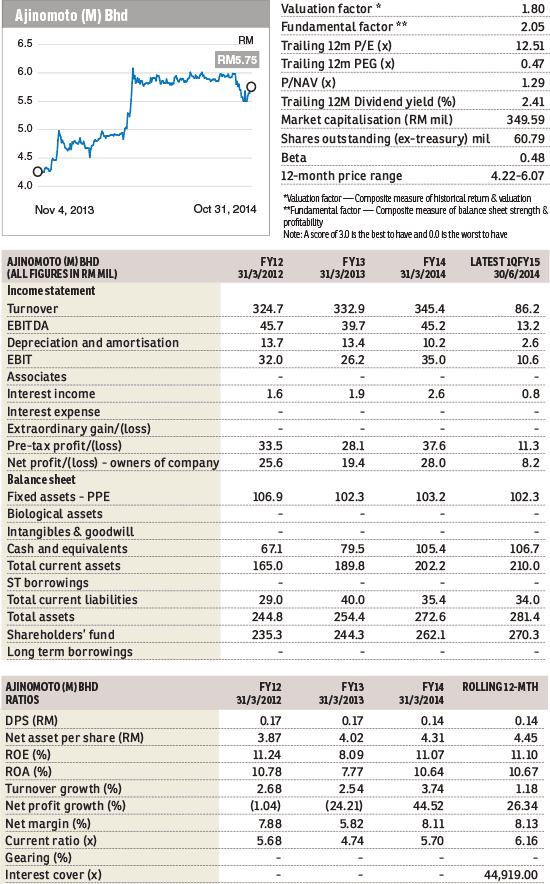