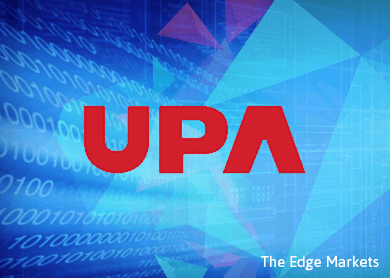 UPA (Fundamental: 2.5/3, Valuation: 2.6/3) is mainly involved in the manufacture of diaries, other paper related products and packaging material in rigid films. It is also the sole agent for Komori, the leading brand of printing machines in Japan.

The company has approximately 600 employees and 4 factories. Two of the factories in Kuchai Lama manufacture diaries and other paper related products while two others in Seri Kembangan are used to produce packaging material and perform reconditioning and refurbishment of used printing machines.

Whilst growth has not been “exciting”, earnings have held fairly steady. That, in turn, helped UPA build cash and maintain consistent dividend payments. Its share price too has been in a broad uptrend over the past 3 years — rising at a CAGR of 17.5%.

Slightly more than half of the company’s revenue is derived from exports, with key markets being North America (22.2%), Asia Pacific (18%) and Europe (10.3%).

UPA has a high fundamental score of 2.5 out of 3, thanks to its strong balance sheet. The company has gross borrowings of RM21.3 million but interest cover is a very healthy 61 times.

Indeed, net cash has been expanding steadily from RM15.6 million in 2010 to RM26.5 million at end-March. That is equivalent to nearly 20% of its current market capitalisation of RM139.2 million. 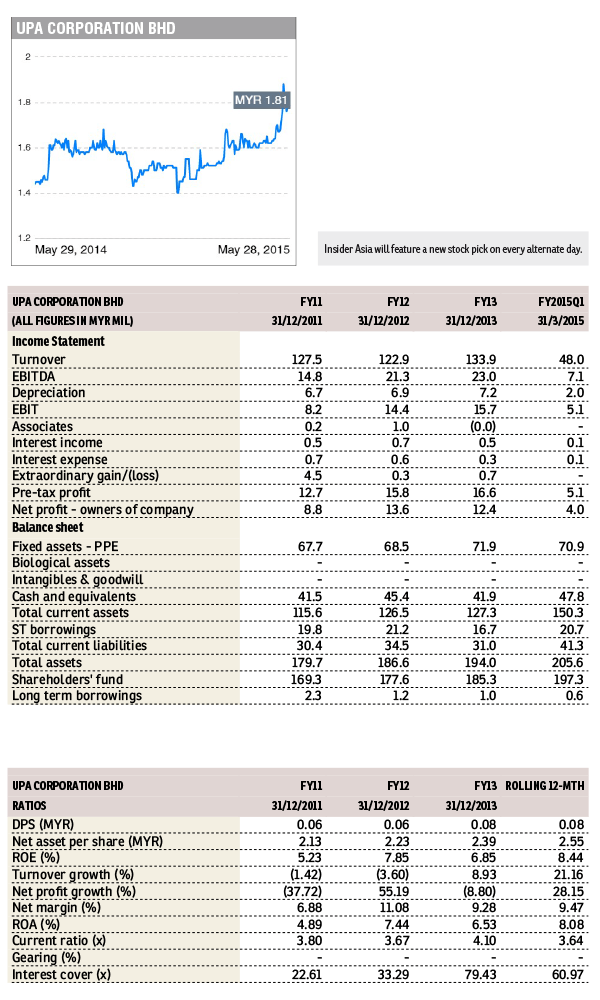