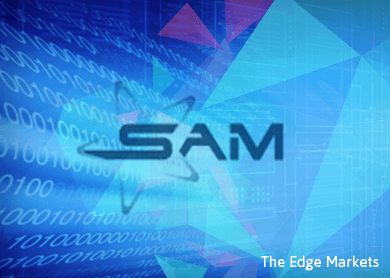 The company is originally involved in equipment manufacturing and precision engineering for the semiconductor and hard-disk drive industry. In the face of a slowdown in that business, it ventured into the aerospace industry in 2012, manufacturing engine-casings for aircrafts such as Airbus and Boeing.

This strategy appears to be paying off. Net profit improved by 12% to RM20 million in FYMar2013 after dipping in FY11-FY12 — and proceeded to grow by almost 50% to RM28.3 million in FY14 on the back of a 18.1% turnover increase to RM452.8 million. The improvement was attributed, mainly, to its aerospace segment, which saw revenue rise from RM29.5 million to RM285.7 million.

Moving forward, we believe SAM would continue to benefit from the still growing aerospace industry. It derived 63% of sales from aerospace in FY14 and aims to grow this segment to about 80%.

The company has a debt-free balance sheet with cash of RM82.8 million at end-2014.

In line with its improved earnings and cashflow, the company has also raised its dividend payout ratio. Dividends increased to 17.25 sen per share in FY14, equivalent to 51% of net profit, from 5.6 sen or 22% of profit in FY12. This translates into an above market average yield of 4.2%, at the current share price of RM4.11.

Valuations remain attractive. The stock is currently trading at trailing 12-month P/E of 10.0 times, low relative to its double-digit growth, and 0.92 times book value of RM4.46. Excluding cash, it would be trading at only 7.0 times historical earnings. 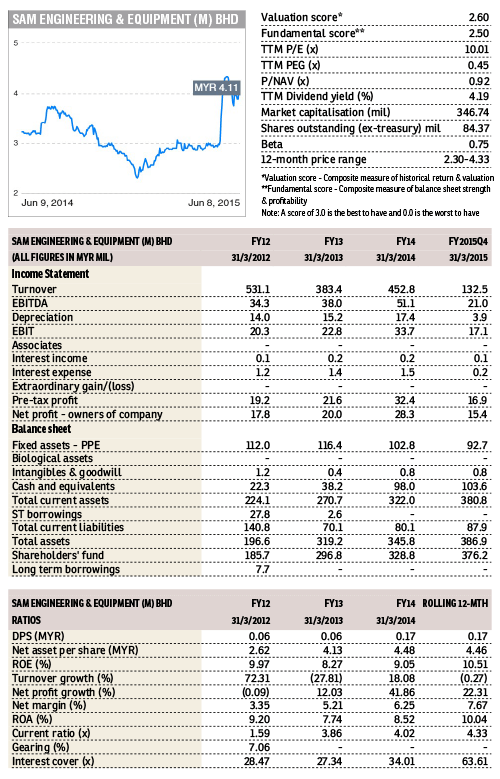