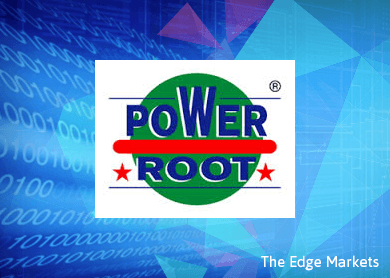 Power Root Bhd
Power Root (Fundamental: 2.8/3, Valuation: 2.1/3) is one of the country’s top three instant coffee maker and is best known for its Alicafe, Ah Huat and Pearl coffee brands. We like the company for its long-term growth potential, capable management, strong fundamentals and decent dividends, although near-term earnings will be affected by weaker consumer sentiment.

For FYFeb2012–FY2014, net profit more than doubled to RM38.8 million, fuelled by strong growth in both strong domestic and export markets. During the same period, dividends increased from 4.5 sen to 9 sen.

Power Root ended its FY15 with a strong 4QFYMar15 results, boosted by the timely completion of a small property development project in Johor. The project contributed RM40.0 million in revenue and RM10.3 million in net profit.

As a result, it declared a special dividend of 2.5 sen, bring up total dividends for FY15 to 10 sen. This translates into a payout ratio of 70%, or an attractive yield of 4.6%.

Nonetheless, it has a sturdy balance sheet with a net cash position of RM54.2 million (equivalent to 18 sen per share) to support dividends and tide it over bad times. Going forward, Power Root plans to grow its market share in the Middle East where instant coffee penetration is still low. 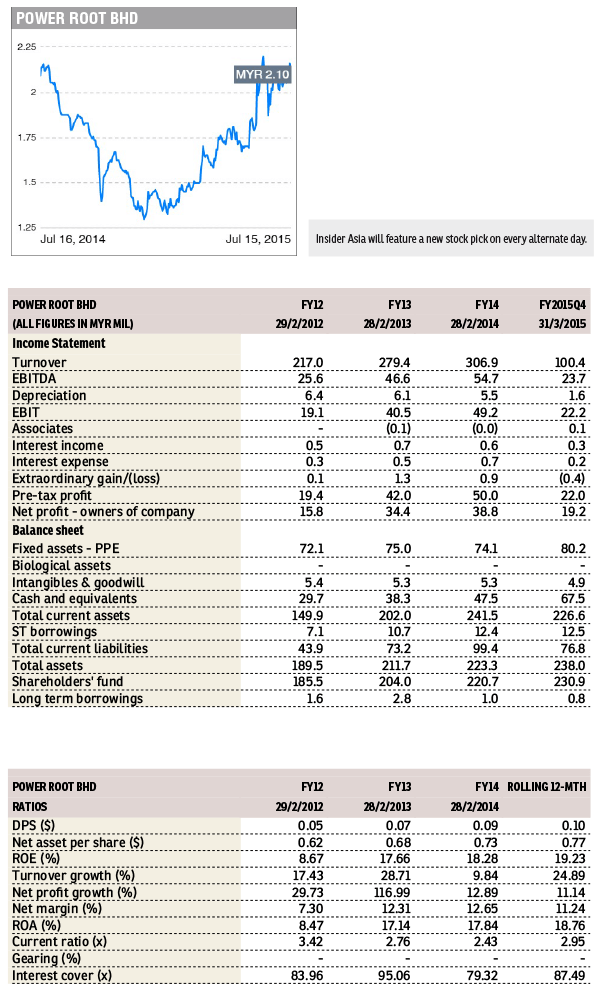