The company has a solid balance sheet with net cash of RM183.9 million or RM1.53 per share as end-October 2014. This is equivalent to 93% of its share price.

There have been a number of merger and acquisition (M&A) activities among Malaysia’s investment banks in recent years, with valuations ranging from 1.3 times book for HwangDBS to 1.77 times book for OSK Investment Bank.

But apart from the more speculative M&A angle, there is also another little known fundamental attraction in KAF — its book value is severely understated with properties acquired at low prices.

A revaluation of KAF Seagroatt’s land to around RM2,500 psf suggests the land could be worth 15 times higher at RM85.54 million, with a potential revaluation gain of RM79.8 million or 66.5 sen per share. This could boost its book value from RM2.01 sen to RM2.68 per share, making the stock potentially trading at 0.6 times revalued book.

KAF also has seven acres of residential and commercial lands in Port Dickson, Negeri Sembilan with a book value of RM2.69 million, or RM8.82 psf. The lands were acquired and last revalued in 2005. 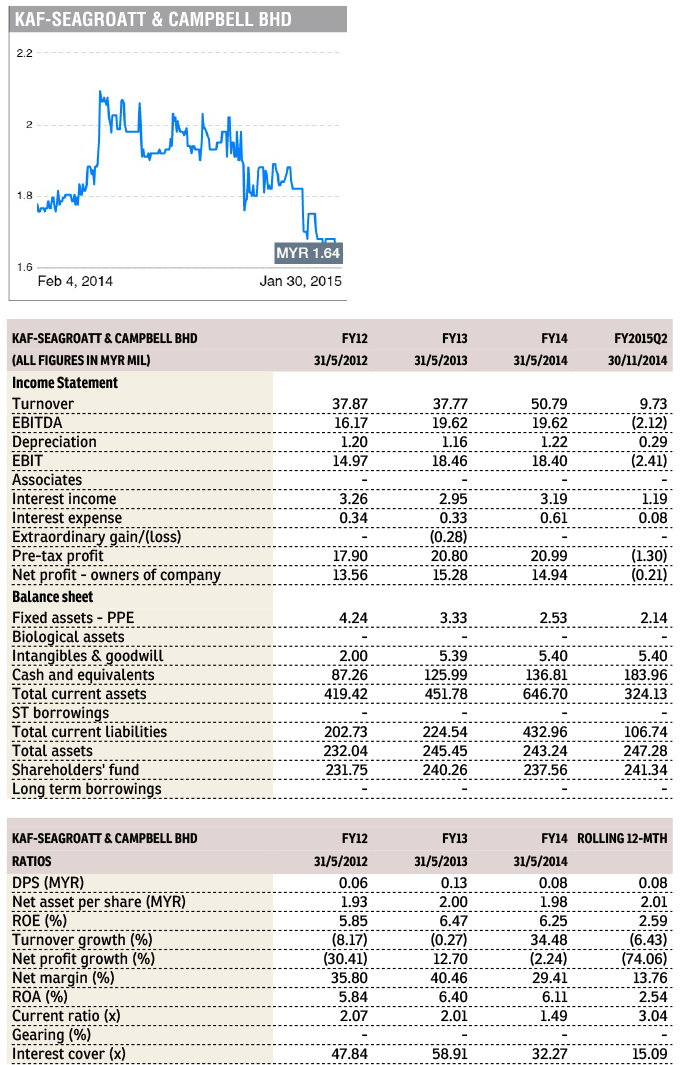