Impairment loss drags down VS Industry's 4Q earnings by 79% 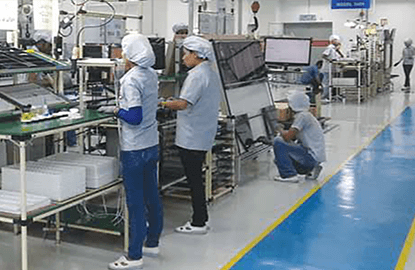 The group said it recognised impairment loss on other investments (RM7.62 million) and provision for deposits of RM21.77 million paid for the proposed acquisition of 20%-stake in a solar power plant in the Inner Mongolia Autonomous Region.

V.S. Industry has proposed a final dividend of 0.8 sen.

Revenue for the year rose 12.4% to RM2.18 billion, from RM1.94 billion, on the back of robust increase in sales orders from a majority of the group’s key customers.

"As our customers sustain their sales growth, we as the original equipment manufacturer (OEM) and original design manufacturer (ODM), will certainly stand to benefit from the increased order flow," he added.

Looking ahead, Gan is optimistic and upbeat about its prospects.

"During the year, we have successfully secured several major orders — US$82 million contract to produce a new coffee brewer model that was fully designed by us," Gan said.

"We also bagged a contract to produce a new airpurifier model, also an ODM product by us. Earnings from these contracts will come in from FY17 onwards," he said.