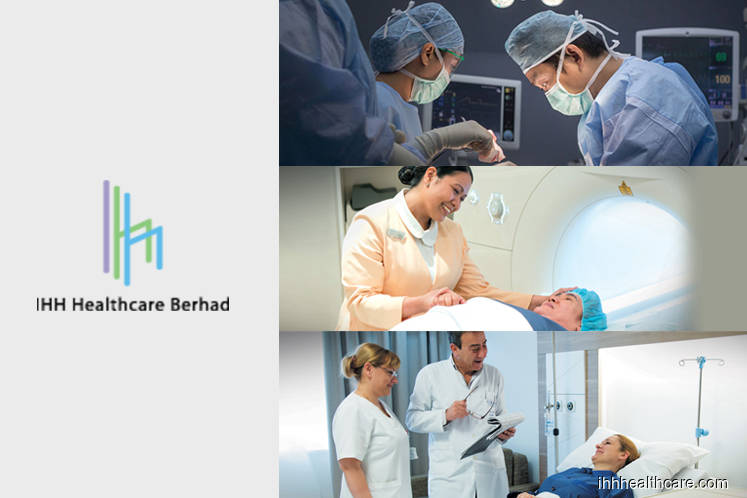 IHH Healthcare Bhd
(April 2, RM5.42)
Maintain outperform with an unchanged target price of RM6.57: IHH Healthcare Bhd’s (IHH) external auditors KPMG PLT issued a qualified opinion on the group’s financial year 2018 ( FY18) financial statements. To recap, IHH successfully acquired 31.1% of Fortis Healthcare Ltd in November 2018. Prior to the acquisition, an independent external legal firm submitted an investigation report to Fortis’ board, highlighting certain issues which require Fortis’ reassessment on these claims and transactions with these possible related parties. Should Fortis successfully recover the sum and be liable for claims made over the brand names, IHH could potentially make a write-back amounting to about RM100 million (based on its effective stake in Fortis). However, the legal suit is still in the early stage and not likely to be finalised anytime soon.

The findings of the investigation report revealed that Fortis had made investment placements in the form of inter-corporate deposits (ICDs) with three companies amounting to 4,450 million Indian rupees (about RM261.2 million), of which they were impaired entirely by Fortis in FY18. It was discovered that the ICDs were used to repay and grant loans to certain entities, of which the former directors of Fortis are connected with the former controlling shareholders of Fortis. The placement of ICDs, subsequent assignment and cancellation of assignment were also done without following ordinary treasury procedures and Fortis’ treasury mandate. Specific authorisation was also not obtained from the former Fortis board. Fortis is currently assessing legal alternatives to recover the aforementioned balance and interest.

The third party, whom the ICDs were previously assigned to, has filed a civil suit against several entities including Fortis in February 2018. The plaintiff has claimed ownership over brand names of “Fortis”, “SRL” and “La Femme”. In this lawsuit, ensuing a term sheet, it is alleged that Fortis is liable for claims due to the third party, from a certain party, on top of the total claim of 2,534 rupees and other claims by the said party. Fortis believes that the claims were made without legal basis and hence no provisions were required.

Fortis had acquired 71% of Fortis Healthstaff Ltd for 346,000 rupees and 51% of Fortis Emergency Services Ltd for 25,000 rupees. Subsequently, loans of 79.45 million rupees and 20.8 million rupees were advanced to these subsidiaries to repay the remaining unsecured loan amount due to companies related to Fortis’ former controlling shareholders. It is suggested that these payments might have been ultimately routed through intermediaries, for the repayment of ICDs to Fortis.

Securities and Exchange Board of India (Sebi) has issued interim orders after identifying that some transactions were structured by identified entities, of which these transactions are fraudulent and fictitious. These transactions were structured to divert funds from Fortis to ultimately benefit the previous controlling shareholders of Fortis. Additionally, Sebi also issued interim directions, instructing Fortis to take necessary actions to recover 4,030 million rupees from Fortis’ previous controlling shareholders and other parties identified. — PublicInvest Research, April 2