IHH down on institutional selling 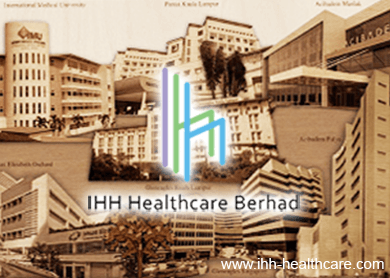 At 12.30pm, the counter settled at RM5.69 with some four million shares changing hands.

The stock was the second-largest decliner across Bursa Malaysia. Over the last six months, IHH was traded at an intraday high of RM6.12 on March 31 this year.

IHH had on Mar 23 this year announced it had bought a controlling 51% stake in India-based Continental Hospitals Ltd for INR2.82 billion (RM166.73 million).

Today, a technical analyst noted that institutional funds' shareholding in IHH had declined to 50% from 70% over the last two weeks. "The trading pattern of the counter has changed since April 1 and institutional funds have been pulling out since end of last month," he said.

It is worth assessing IHH's share price decline against the stock's fundamental and technical dynamics.

From a fundamental viewpoint, IHH shares traded at a historical price-earnings ratio of 61.51 times, Bloomberg data show. This compares to the sector average of 46.15 times.

KPJ Healthcare Bhd was traded at a 30.78 times.

Meanwhile, the technical analyst said IHH's technical indicators were weak. He sees the immediate support for the shares was RM5.34.

"Technical indicators for IHH are weak," he said.