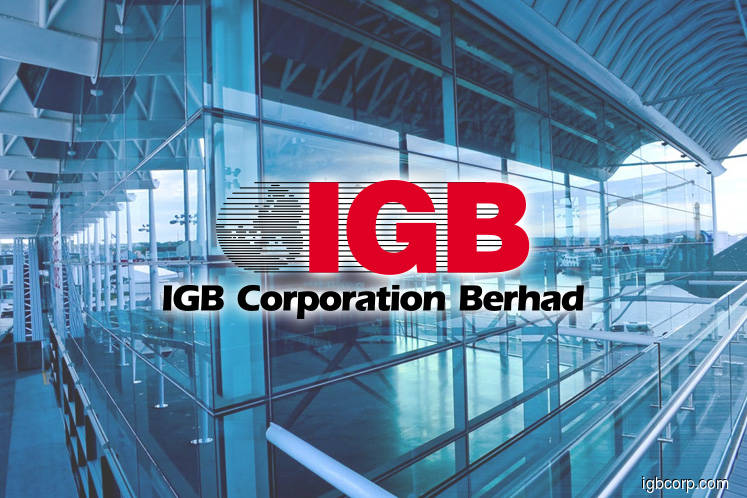 KUALA LUMPUR: IGB Bhd’s announcement that it is going to spin-off its commercial properties into a real estate investment trust (REIT) is a pleasant surprise and marks a step closer to realise the group’s fair value, analysts say.

The proposed plan, which entails the establishment and listing of the REIT onto Bursa Malaysia’s main market, will make it the group’s second REIT after its retail REIT, IGB REIT, which was listed in 2012.

Following last Thursday’s announcement, whereby IGB said the assets will comprise of nine office buildings spread over Mid Valley City and those along Jalan Tun Razak, IGB shares jumped 39 sen or 14.4% to close at a high of RM3.09, its highest since mid-February last year. It jumped as much as 55 sen or 20.37% earlier in the day. The latest share price gives it a market capitalisation of RM2.11 billion.

The purpose of the new REIT, it said, would allow the group to unlock the value of its commercial property portfolio.

Kok Chiew Sia, a senior analyst from Singapore-based Pangolin Investment Management, whose fund Pangolin Asia Fund owns 3.03% in IGB Bhd since 2017, said they were pleasantly surprised by the news as a shareholder.

Not only would the new REIT help realise part of the IGB fair value, it would in turn reward shareholders through the proposed restricted offer for sale and distribution-in-specie, she told The Edge Financial Daily. “The REIT will also create greater transparency in the performance of these commercial assets as well as their up-to-date market value ahead,” Kok said.

At a time when the property market remains soft and prospects are subdued, IGB’s corporate exercise is a welcomed initiative, boosting shareholders’ sentiment.

Kok noted that despite the stock’s closing price last Friday, IGB is still trading at a 75% discount to its fair value. “We hope IGB can do a bit more to help to realise its value ahead. This includes a greater communication engagement with investors locally and overseas,” she said.

Public Investment Bank estimates that the commercial assets could be worth in excess of RM3 billion. “Assuming IGB is keeping a 51% stake, the listing could monetise at least RM1.5 billion for shareholders,” it said in a note last Friday. IGB currently has a 52.92% stake in IGB REIT.

Kok, similarly, thinks the new REIT’s portfolio could be worth around the same amount.

She said during the privatisation of IGB Corp in 2017 by IGB Bhd (previously Goldis Bhd), the independent adviser at the time, Kenanga Investment, had appraised some of the major properties in IGB Group. And five out of nine properties to be spun-off into the commercial REIT were valued at RM2.7 billion at the time. These are: The Gardens South Tower, The Gardens North Tower, Menara Southpoint, Menara Tan & Tan and G Tower.

“If the value still holds and by adding the other four properties into the same basket, we reckon the REIT portfolio could be worth about RM3 billion or more,” said Kok.

“However, we noticed that there are three commercial assets being excluded in this proposal, perhaps these are reserved for later injection,” she said. The three properties not included in the list, she said, are Hampshire Place, Plaza Permata and The Ampwalk.

According to Kok, IGB never revalued its assets, with the last revaluation date going back as far back as 1999 (based on its 2018 annual report). “We think IGB shares are worth as much as RM12 per share if we are to revalue its properties. This is equivalent to a market capitalisation of US$2 billion,” she said.

Hong Leong Investment Bank has been appointed the principal adviser and book runner for the IGB’s new REIT listing.