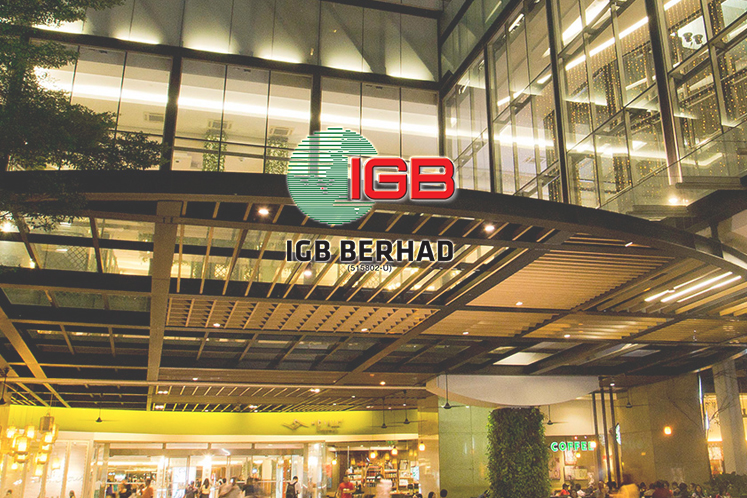 Quarterly revenue grew by 18.39% to RM427.49 million from RM361.1 million before, which the group attributed to its commercial and retail property investment division. Higher rental revenue was derived from its Menara Southpoint building in Mid Valley City, as well as from The Mall, Mid Valley Southkey, which opened for business on April 23, 2019.

But its bottom line was hit by higher depreciation and finance costs charged to the income statements of its units, Mid Valley City Southpoint Sdn Bhd and Southkey Megamall Sdn Bhd.

Previously, IGB had declared an interim dividend of three sen for FY19. Of this, one sen was paid in cash with the balance paid by the way of dividend-in-specie by distributing treasury shares.

“The cash dividend was paid on Oct 4, 2019 and the treasury shares were credited to the entitled members’ account on Oct 4, 2019,” the company said.

On its prospects, the group noted that the property investment segments will be more challenging in the near term given the increase in retail space supply and slower demand for office space in Kuala Lumpur.

“However, with the prime location of the Group’s retail malls and office buildings, the Board expects contribution from this segment to be satisfactory. Menara Southpoint at Mid Valley City with net lettable area of about 490,000 sq ft was completed and obtained its Certificate of Occupation on July 6, 2018 and is expected to contribute positively to the growth of this division.

The Mall, Mid Valley Southkey, located in Johor Bahru had its soft opening on April 23, 2019 and is expected to contribute to the growth of the Group’s retail division. 90% of The Mall’s lettable area has been committed with tenants and currently about 87% of them are opened for business,” the group said.

Shares in IGB closed unchanged at RM3.32, which translates into a market capitalisation of RM2.29 billion.