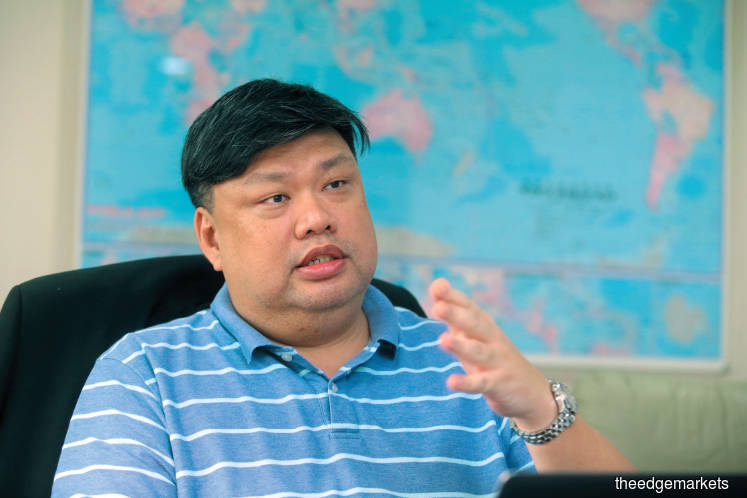 KUALA LUMPUR: IFCA MSC Bhd, which recorded a 25% jump in net profit in its financial year ended Dec 31, 2018 (FY18), anticipates another double-digit growth in earnings for its FY19, supported by an expected growth in subscriptions for its business solutions, especially the small and medium enterprise (SME) segment.

IFCA’s chief executive officer Michael Cho Ngai Ming, in an interview with The Edge Financial Daily last week, said the group’s traditional strength has been in the enterprise segment, where it caters to the larger businesses of vertical markets it serves, like property, construction, and hospitality, and has developed proven and trusted products.

IFCA’s next focus is to leverage on its market experience in the enterprise segment to further tap the SME market, which has a much larger volume of potential customers, and which will allow the company to accelerate the growth of its customer base, Cho said.

He said the growth in the SME market will be backed by new products that offer competitive and affordable subscription pricing, with cloud and mobility features that empowers multi-tasking and business on the go, which allow quick adoption.

“Look at where we are today in terms of revenue. In the next three to five years, if we manage to capture 5% or 10% of this [SME] market, the revenue would be quite wild,” Cho added.

IFCA will also be launching several new mobile-based solutions under its Software as a Service  or SaaS segment, where SMES will be able to subscribe to the solutions and simply pay as they use for them. The new rollouts are Hotel X, HR365 and Contract365, which cater to the areas of hospitality, human resources and payroll, and construction, respectively.

The products’ simple features, always-on-cloud infrastructure and their focus on mobile will allow SME users to multi-task and conduct their businesses on the go, Cho said. They are also affordably priced to enable quick adoption to help SMEs quickly adopt to digital transformation to be more competitive.

Cho expects the move to start bearing fruit by the fourth quarter of this year, given that the investment in the new modules is not too hefty and that the products can be easily scaled to different customers for further market expansion, even for overseas customers.

Asked if there is a possibility IFCA could repeat its stellar FY15 performance when it recorded a record net profit of RM21.6 million on the back of a RM101.62 million revenue thanks to the implementation of the goods and services tax, Cho said: “It is highly possible.”

But this depends on how well its plans are executed, and whether there are increasing headwinds from external risks, like whether US and China can come to a trade deal, which may impact the group’s performance as it has operations in both countries.

Meanwhile, the group intends to transfer its listing from the ACE Market to the Main Market of Bursa Malaysia in the next 12 to 18 months.

The group said it has met the profit-after-tax (PAT) requirement of at least RM20 million in aggregate over the past three to five financial years, with a minimum of RM6 million PAT in the latest financial year.