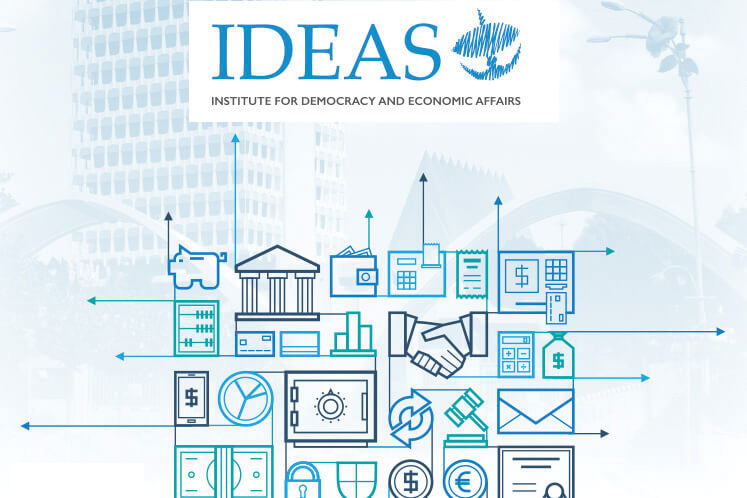 KUALA LUMPUR: The Institute for Democracy and Economic Affairs (IDEAS) has called for fiscal transparency in the recently announced RM250 billion economic stimulus package implementation, specifically its source of financing.

IDEAS fellows Tricia Yeoh and Sri Murniati said the origins of funds for the stimulus package, not addressed in Prime Minister Tan Sri Muhyiddin Yassin’s announcement last Friday, should be addressed publicly, as it is the government’s duty to be fiscally responsible.

The RM250 billion economic stimulus package is intended to tackle negative economic impacts of the Covid-19 crisis. From this amount, Muhyiddin said the actual total fiscal injection is only RM25 billion.

“Will the RM25 billion be drawn from the National Contingencies Fund? Article 11(3) of the Financial Procedure Act 1957 states the minister of finance may make advances from the Contingencies Fund to meet an ‘urgent and unforeseen need for expenditure for federal purposes for which no other provision exists’, which presumably this would fall under.

“In fact, the available balance in the Contingencies Fund as at end-2018 was only RM250 million. While Budget 2020 allocated RM2 billion to the Contingencies Fund, this is nowhere close to the RM25 billion intended to be spent, and even so it is meant for development and not operating expenditure,” Yeoh and Murniati wrote in an article recently.

The duo said the RM25 billion could also be reallocated from the existing Budget 2020, but this requires Parliament’s approval.

“Although the Financial Procedure Act is not very clear about the rules of virement between ministries [as it only prohibits virement within ministries], any budget reallocation, under normal circumstances, requires the convening of Parliament, in the interest of democratic oversight, good governance and accountability.

“All national budgets — and supplementary budgets — are by convention tabled, debated and approved by Parliament, so our elected representatives can transparently discuss matters of national interest,” they said.

A third option, according to them, is to fund the stimulus package through borrowings.

“Even if a small percentage of the RM25 billion is financed through borrowings, the government needs to be transparent in stating how the debt-to-GDP ratio will be affected, and whether it breaches the 55% limit,” they said.

They pointed out the government should elaborate on the economic stimulus package impact on the budget’s balance.

“If the current source of financing is not from the budget’s reallocation and is in fact an additional expenditure, Malaysia’s Budget 2020 will amount to RM322 billion in total.

“This would increase the deficit rate from 3.2% to 4.8% to GDP, calculated based on 2020 GDP estimates, which may change due to the current economic situation.

“A less-efficient budget deficit is not entirely bad considering we are facing a crisis. Countries worldwide have also announced equally large economic stimulus packages since the onset of Covid-19, and a balanced budget target is not necessarily many governments’ first priority, given the current economic climate.

“But what is clear is the government needs to acknowledge that it would likely miss the balanced budget target and be open about it,” they said.

They also said the Fiscal Responsibility Act, due to be tabled next year, must include clauses for situations where the government can immediately disburse much-needed financing in a transparent and fiscally responsible manner.