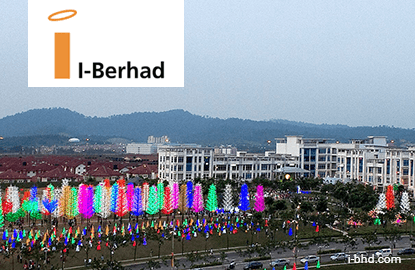 KUALA LUMPUR (July 20): Shares of I-Bhd, the developer of the 29-ha (72 acre) i-City, was traded actively and gained as much as 8.11% to 60 sen, after The Edge Weekly highlighted there is “untapped potential seen” at the company.

The weekly, in its latest July 20-26 issue, quoted I-Bhd (fundamental: 2.55; valuation: 3.0) deputy chairman Datuk Eu Hong Chew as saying that the company had yet to reached its full potential.

“While the business performance has been improving, it has not reached its full potential and we are confident that when it does, the stock performance will reflect its fundamental,” said Eu.

He said the company was on track to achieve RM500 million revenue per year by 2018 from about RM260 million now.

“We are still on track to achieve this growth as property sales for the first half of 2015 are 30% higher compared with the same period in 2014,” he added.

The group’s recently launched Parisien residential tower enjoyed a take-up of 50% within three months and Eu expects a similar performance for its next launch, Hyde, in the second half of 2015.

PublicInvest Research has an “outperform” recommendation on I-Bhd with a target price of 92 sen for 2015 and expects a fair value of RM1.61 in 2016.

The research house's analyst Ching Weng Jin also said he is looking at about 50% topline and bottom line growth per annum from the company.