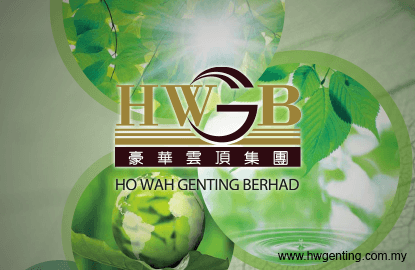 KUALA LUMPUR (Nov 5): Ho Wah Genting Bhd, whose share price surged five sen or 62.5% to close at a three-month high of 13 sen today, says it has no knowledge of the reason behind the unusual market activity (UMA).

Its trading volume also soared to 67.47 million today as compared to 1.8 million yesterday.

In response to Bursa Malaysia's UMA query this evening, the group said it is not aware of any corporate development, rumour or any other possible explanation that could account for the share price rally.

But it pointed out that it will convene an extraordinary general meeting on Nov 12, to seek approval for its proposed capital reduction and other corporate exercise — which aimed to offset its accumulated losses — and a renounceable rights issue to raise funds to repay debts.

The wires, cables and moulded power supply cord sets manufacturer also said it is in discussions about the possible disposal of non-core businesses which are loss making.

"The terms of the possible disposal has yet to be finalised," it added.

Ho Wah Genting said it will make the necessary announcement if there is any further material development.