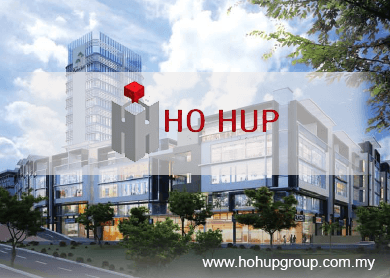 Ho Hup said GWSB had in 2010 entered into a joint venture agreement (JVA) with DBKK Holdings Sdn Bhd to develop a bus terminal and car park on a land owned by the latter at Jalan Wawasan, at a cost not exceeding RM46.92 million, in exchange for an adjacent piece of commercial leasehold land.

The construction of the bus terminal is approximately 19% complete as at April 30 and is scheduled to be completed in June 2016, and will be financed via bank borrowings.

“The indicative market value of the land is RM185 million, as appraised by Knight Frank Malaysia Sdn Bhd, an independent firm registered with the Board of Valuers, Appraisers & Estate Agents Malaysia,” the filing read.

The proposed use of the land is for a mixed development comprising service apartments, hotels, and commercial shoplots.

“The proposed acquisition is in line with the group’s strategy to carry out development projects in strategic locations with high development value,” said Ho Hup.

“The board is confident that the proposed development of the land would enhance the future revenue and earnings of the group,” it added.

It will fund the purchase of the equity stake, with internally-generated funds.

The group’s share price increased two sen or 1.65% to close at RM1.23 apiece today, for a market capitalisation of RM417.5 million.