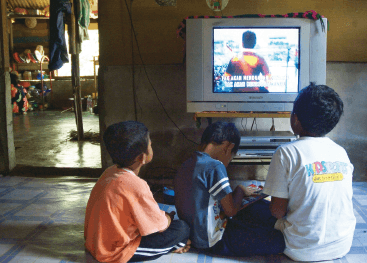 MEDIA COMPANIES are striving to diversify their income streams as the paradigm shift continues in the operating landscape.

However, this could be a pricey venture as MYTV is charging a transmission fee of RM25 million for one high-definition (HD) channel. Such a high fee has made it too big a bet for the media companies.

“The media players say it does not make any business sense at all,” says an industry source.

“Paying transmission fees is part and parcel of the business … and the industry players understand that. But most transmission fees for digital transmission in other countries are about 30% lower than that of analogue. Digital is supposed to be more cost and energy efficient.

“In fact, there is a disagreement now between the media players and MYTV on this. The MYTV rates were set at the end of last year and the media groups are supposed to discuss with MYTV again on the matter early this year,” the source adds.

An executive of a media group says the RM25 million fee excludes content and set up expenses.

“The entry cost into this space is just too high. If you add the transmission cost, for instance RM25 million, to the other costs such as content and set up, the total cost for one channel could go up to at least RM60 million. That is too expensive.

“There are other more cost-effective platforms that media players can explore, such as offering content online,” he says.

Standard-definition (SD) channels are believed to cost RM12 million each.

“The recently introduced rate card is actually cheaper because we are giving a higher coverage at 98% compared with the current channels right now that are only getting between 55% and 95%. This means that the channel owners will have a wider reach for advertising revenues due to higher viewership. This is made possible by the latest digital technology we have implemented, which gives the efficiency of bandwidth utilisation.

“Another point to note is, because of the package deal, channel owners need not worry about maintaining the equipment or spending on capex (capital expenditure). Instead, they can focus on producing quality content for viewers. In addition, we provide channel owners with interactivity and connectivity elements that analogue is presently unable to provide. Hence, they are not only dependent on traditional advertising as there would be a host of new opportunities for new revenue streams,” she tells The Edge.

One media analyst says, “They (media companies) are all looking for different avenues to diversify their income. Talk is that Star [Publications (M) Bhd] has been offered up to three channels and Media Prima [Bhd] has been offered two channels by MYTV … but yes, the disagreement on transmission fees could be a problem.”

The transmission rental and expenses of Media Prima (fundamental: 1.8; valuation: 1.2) stood at RM42.98 million in the financial year ended Dec 31, 2013, up 19.6% from RM35.93 million the year before, according to its annual report. This means Media Prima incurred a transmission fee of RM42.98 million for its four TV channels and three radio stations.

Just like the print industry, the TV business is experiencing a challenging time due to free Internet content, says the media analyst.

“It depends on what type of TV channels the media group has to offer. For example, channels like 8TV and NTV7 that caters for a more specific market, such as the urban audiences, see good margins. That segment can derive adex (advertising expenditure) of about RM300 million despite a low viewership.

“A 7% viewership can bring an adex contribution of about 15% to a group, so the margins are higher for these kind of channels. It is a strong spot in the TV market. It is very specific, so media players that want to enter this TV segment will need to have a targeted approach,” the media analyst adds.

In November last year, MYTV signed a framework agreement with Telekom Malaysia Bhd (TM) to provide digital terrestrial television (DTTV) services in Malaysia. It was reported that the agreement, which will result in TM receiving an annual contract value of RM70.47 million or RM1 billion over a period of 15 years, is for the provision of infrastructure and network services to MYTV by TM.

The Syed Mokhtar-linked company was awarded the contract in April last year. It beat other tech communications companies such as REDtone Network Sdn Bhd and i-Media Broadcasting Solutions Sdn Bhd.

The DTTV services will be rolled out in two phases with the first phase starting in Kelantan, Terengganu and Pahang by mid-2015. In the second phase, the company is targeting to reach 98% of the population nationwide by mid-2016.

Print media is one of the industries that has been hit hard by the digital revolution. Companies are tweaking their business models to embrace digital technology and the Internet. 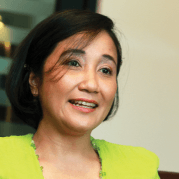 Star (fundamental: 2.7; valuation: 1.2) has also been aggressively integrating its traditional and digital channels. In FY2013, the print media giant expanded its digital footprint by acquiring Ocision Sdn Bhd, which owns three Internet portals — iBilik.com, Propwall.com and Carsifu.com. It also launched its Star ePaper in 2012. Its circulation for the digital edition was at 49,006 copies for the six months ended June 30, 2013.

Media Prima recently raised the cover prices for its English and Malay newspapers by 20% to 25%. The move surprised the industry. “It was unexpected given the current challenging environment. Whether or not others will follow suit on this strategy remains to be seen,” says a local media analyst.

Industry sources say the board of Star is scheduled to meet in February and it is likely that the subject of cover prices will be brought up and discussed.

Meanwhile, the local media analyst says while the industry is venturing into the digital space at a fast pace, media players have not been able to crack the digital code when it comes to deriving earnings. “It is still very tough to monetise digital content. Nobody has quite figured that out yet,” he says.