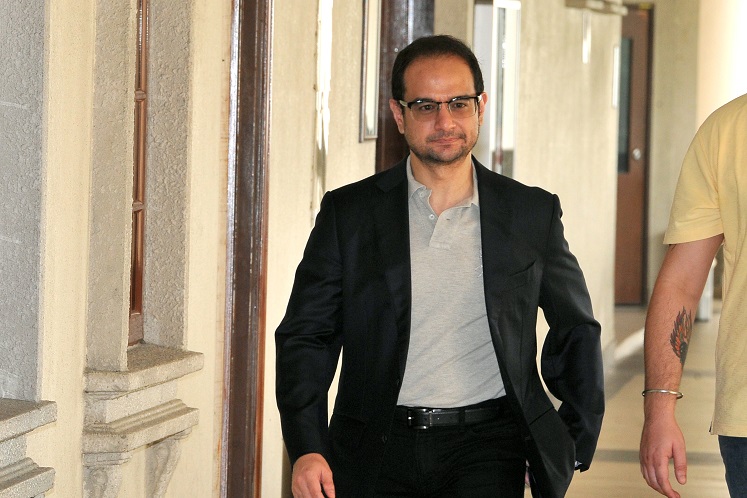 KUALA LUMPUR (May 22): The High Court has turned down a lawyer's request for a revision of the Sessions Court decision earlier this month to grant a discharge not amounting to an acquittal (DNAA) to Riza Shahriz Abdul Aziz over money laundering charges in relation to 1Malaysia Development Bhd.

Datuk Shaharudin Ali confirmed to theedgemarkets.com via an audio message that he received a letter dated yesterday from High Court judge Mohamed Zaini Mazlan informing that the court would not call up the case file or proceed to hear the revision.

"The judge did not give any reason whatsoever. It is unfair for the judge to dismiss my letter without giving any reason.

"I think a decision to refuse a revision is a serious one and has huge implication. A judge should give his reason (for the dismissal).

"Therefore, there will be a reaction and I will continue to pursue the matter," he said.

However, the lawyer did not disclose what his options are, and the next probable step is to file an appeal to the Court of Appeal, which could be the final court that may hear the matter.

This is as any case originating from the Sessions Court would have its appeal end at the Court of Appeal in a two-tier appeal process.

It was reported that Shaharuddin had on Wednesday sent a revision application to the High Court for it to review Sessions judge Azman Ahmad's decision on May 14 to grant a DNAA on Riza, who is Datuk Seri Najib Razak's step-son.

He made the application under Section 254 of the Criminal Procedure Code and in the letter said the Sessions Court should give a stay of proceedings before deciding on the DNAA and hence improper procedures were purportedly followed.

Riza, 43, who is the co-founder of Red Granite Pictures, is facing five counts of money laundering involving US$248 million (RM1.25 billion), for which he had claimed trial.

His lawyers sent a representation last November and it was only accepted by the prosecution earlier this month, subject to Riza returning a substantial amount of millions of ringgit to the government.

Following such an agreement reached, the prosecution led by senior DPP Datuk Seri Gopal Sri Ram, who was formerly a Federal Court judge, applied for a DNAA which was granted by the Sessions Court that same day.

This was subject to Riza fulfilling his part of the bargain in returning the funds.