Hibiscus rises 7.2% on plan to double production on Shell deal 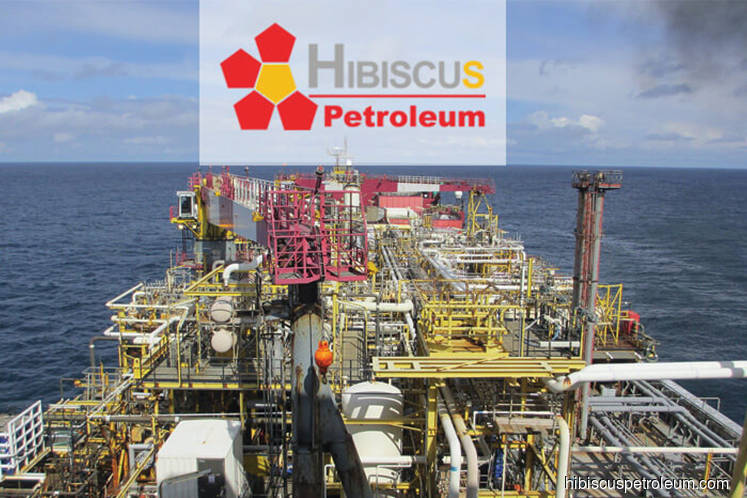 KUALA LUMPUR (Feb 15): Hibiscus Petroleum Bhd rose as much as 7.22% in active trade this morning on the news that the group will double its production to 9,000 barrels per day from 4,000 barrels presently on the back of securing a 50% stake in the North Sabah oilfield from Royal Dutch Shell Plc (Shell).

Earlier, the stock opened at 92 sen from its previous day's closing price of 90 sen.

An analyst from a local research house, who declined to be named, said it is positive news for Hibiscus if the company managed to secure the deal.

"The increase in the share price is possibly due to the article that came out in Bloomberg saying that their (Hibiscus') production will double from current production level but they are still in negotiation and nothing is confirmed yet.

"It will be positive if they manage to secure the deal as right now they are producing from Anasuria field and that is their single asset at this point. We are confident that they are close to [securing] the deal, let us see how soon they can conclude the deal," he told theedgemarkets.com when contacted.

Yesterday, Bloomberg quoted Hibiscus managing director Kenneth Pereira as saying that the group's oil production will more than double to 9,000 barrels per day from the current 4,000 barrels upon completion of the 50% stake buy in North Sabah oilfield from Shell.

"We think North Sabah has got huge potential. The exciting number is the contingent resources which means discovered oil that has yet to be connected to any infrastructure," he said.

Hibiscus said it expects to complete the acquisition by end-March.

"We can't give any projection [on earnings,] it will more or less follow the trend of doubling up," Pereira was quoted as saying.