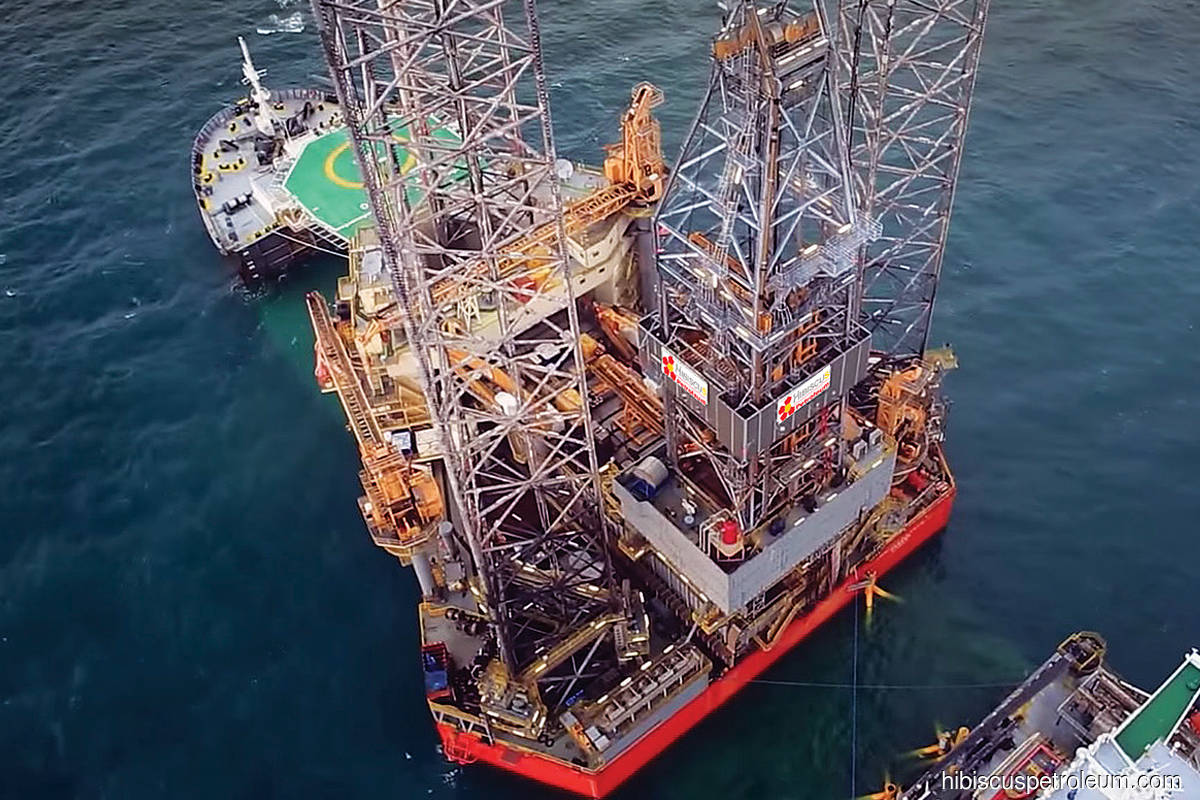 KUALA LUMPUR (Nov 22): Oil and gas (O&G) exploration and production company Hibiscus Petroleum Bhd saw its net profit more than triple to RM135.26 million for the first financial quarter ended Sept 30, 2022 (1QFY2023), from RM41.52 million a year ago, on the back of elevated O&G prices.

The higher prices contributed to profitability for all of its producing assets in Malaysia and the UK, Hibiscus said on Tuesday (Nov 22).

The weaker q-o-q performance was partly due to lower contributions from the commercial agreement area segment. This was on the back of planned major maintenance, coupled with production ramp-up delays caused by mobilisation of a drilling rig, and disruption from poor equipment performance, Hibiscus said.

It was slightly lower in the UK’s Anasuria cluster due to a now-resolved malfunction (53%, from 61% in 4QFY2022) and the Peninsula Hibiscus Group — previously known as Fortuna International Petroleum Corp — whose acquisition was completed in January (88%, from 91% in 4QFY2022).

On its outlook, Hibiscus remains positive on the sector, said managing director Dr Kenneth Pereira in a separate statement.

“We believe that the current macro trends driving high energy prices and a strong performing US dollar will continue,” he said.

While energy profit levy is being increased in markets like the UK, corresponding investment incentives are concurrently being offered as O&G still has an important role to play in the energy transition, he added.

“It is thus our intention to phase our capital expenditure plans to optimise value from these incentives. We believe that by doing so, the impact of the tax increases will be minimised, and our UKCS (UK Continental Shelf) growth strategy can progress, albeit cautiously,” Pereira said.

“Overall, we believe that for the group, the net effect of these tax hikes will not be material, and we have a positive outlook on the sector,” he added.

At Tuesday's noon market break, Hibiscus settled down half a sen at 96.5 sen, giving it a market capitalisation of RM1.93 billion.