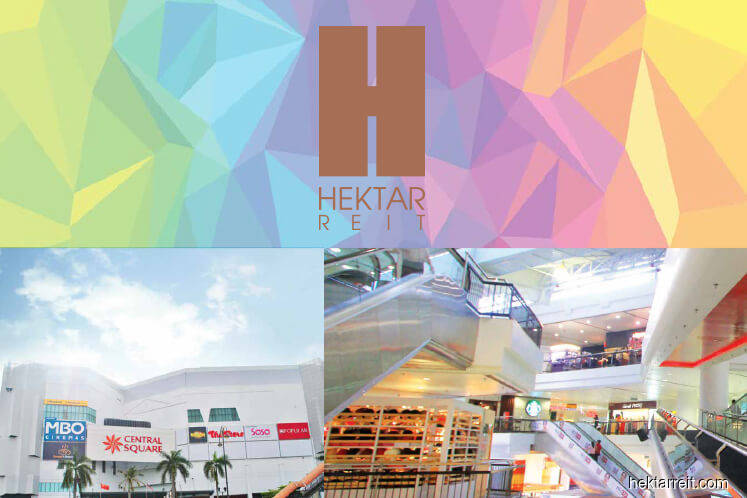 Hektar REIT executive director and chief executive officer Datuk Hisham Othman said talks are ongoing but no decision has been made so far about new shopping mall acquisition.

It was earlier reported that the fund aims to reach its goal by acquiring at least four assets over eight years.

The fund’s strategy is to own malls in geographically diverse locations, and this potential new addition to its portfolio is located outside the Klang Valley — where there is overbuilding of malls — he said at its annual general meeting yesterday.

“This strategy has been very good for us and we will continue [to execute the strategy],” he added.

Five of these are located outside the Klang Valley.

“There are a lot of malls on sale, but because we are a REIT, we need to be very selective on the malls we acquire. Most importantly, [the assets] must be yield accretive,” said Hisham.

Moving forward, Hisham expects Hektar REIT to continue to perform well in 2019 despite the challenging environment, supported by the retail segment’s growth and improved consumer confidence, thanks to the abolition of the goods and services tax and a more stable political environment after the 14th general election last year.

The mall experienced a dip in footfalls to 7.8 million in 2018, down 21.2% from 9.9 million in 2017. Notably, this is the first time Subang Parade’s visitor level falls below nine million in five years.

Meanwhile, Hektar REIT aims to cut average energy consumption by at least 10% to 20% at its malls by 2022.

Through these initiatives, Hektar REIT saved up to an average 36% on its monthly electricity bills last year.