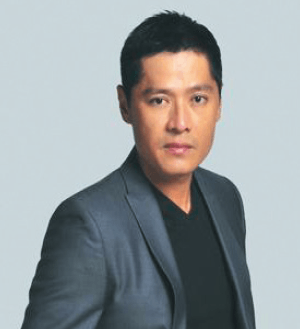 According to CCTV, the 4½-hour Spring Festival Gala will have literally all households in China glued to the TV screen while partaking of their reunion dinner.

Singer and actor Lau, who is one of Hong Kong’s four Heavenly Kings, is making a comeback after a 10-year absence and this will be his fifth performance in the television event. Lau last appeared in the “live” programme in 2005 by opening the show with Gong Xi Fa Cai — a song jointly penned by him to wish the Chinese a prosperous year.

The other Heavenly Kings who have performed in the gala event are Leon Lai and Aaron Kwok. Jacky Cheung is the only one who has yet to do so.

Lau remains tight-lipped about his show this year, telling Hong Kong media: “This year’s gala has a theme of ‘welcoming everyone home’. This is something I want to be a part of.”

Singer GEM, who became an overnight sensation in the mainland after participating in I Am a Singer last year, and China’s own Chris Lee Yichun, who won the Chinese singing contest Super Girl in 2005, are set to make their maiden appearances.

The Spring Festival Gala is said to be China’s most-watched programme, boasting past years’ viewerships of one billion. Hundreds of Chinese and international artistes vie for a spot on the show to either belt out their titles, perform acrobatics, magic and martial arts, or show off their range in Chinese operas. 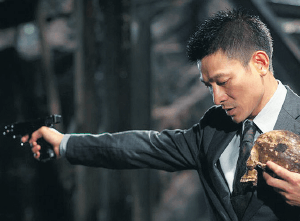 There was an unexpected price to pay for Singapore veteran actor Li Nanxing, 51, in making a foray into Taiwan’s drama industry.

He was jolted by an earthquake — his first such experience — early this month when stepping out of the washroom.

“I thought I was having nausea and the room was shaking altogether,” Li told Chinese-language media.

The actor, known for his roles in Media Corp Channel 8 series The Unbeatable, The Golden Path, Clif 2 and The Journey: A Voyage, is the second Singaporean — Fann Wong’s husband Christopher Lee won the 2014 Golden Bell Best Actor award — to make a big splash in Taiwan showbiz.

Li has played a Singaporean undercover detective in Taiwanese action serial drama Justice Heroes since last December. He told the media how he has got used to the fast pace and high pressure of filming in Taiwan, relating how he is normally given scripts only at 4am on the day of filming.

He hopes his involvement in the Taiwan market will provide more opportunities for Singaporean actors and actresses to participate in drama projects away from home.

This article first appeared in The Edge Financial Daily, on January 30, 2015.