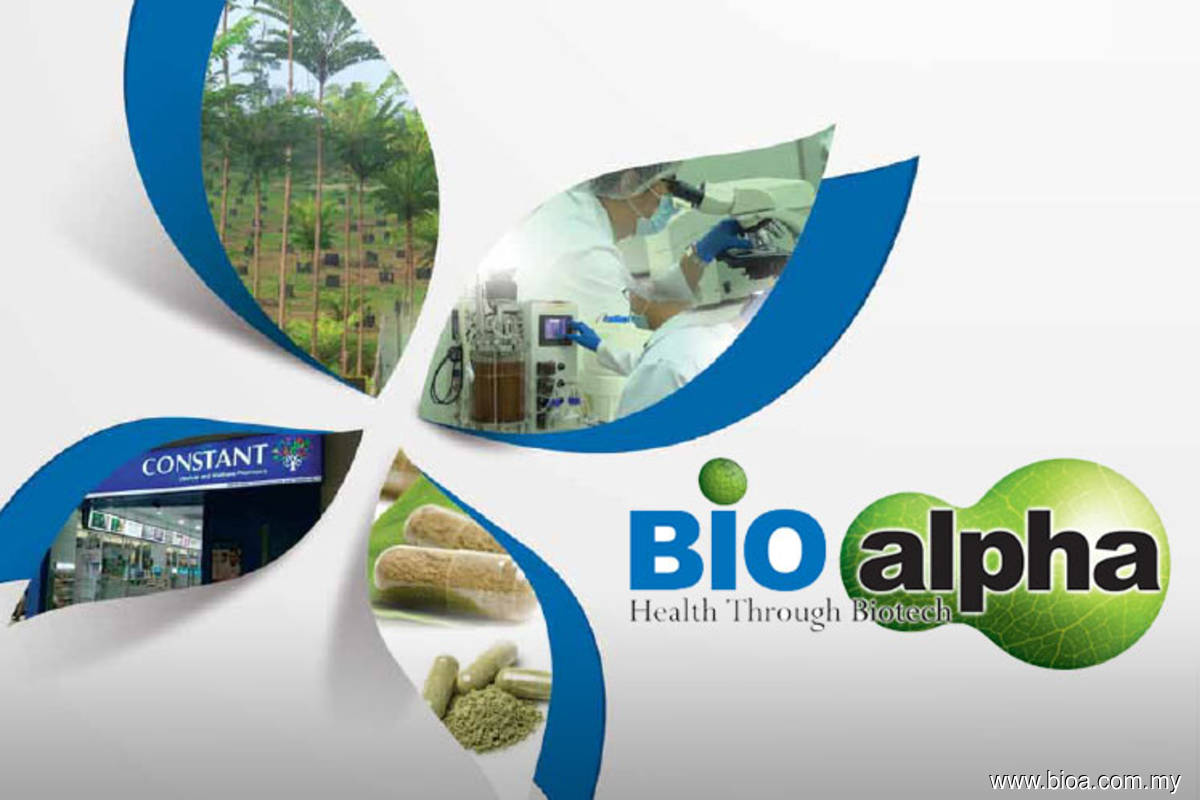 In a filing with Bursa Malaysia today, Bioalpha said the company's fundraising plans include a private placement of 290 million new ICPS in the group, where Khazanah Nasional Bhd wholly-owned subsidiary Malaysian Technology Development Corp (MTDC) is a major shareholder.

"After due consideration of various methods of fundraising, the board is of the opinion that the proposed rights issue of shares and proposed rights issue of ICPS are appropriate to raise funds primarily for the group's working capital without incurring interest costs associated with bank borrowings or the issuance of debt instruments, thereby, minimising any potential cash outflow arising from interest servicing costs.

"Barring any unforeseen circumstances and subject to all required approvals being obtained, the board expects the proposals to be completed in the first half of 2021," Bioalpha said.

According to Bioalpha, the issue prices of the rights shares and rights ICPS will be fixed and announced by the company at a later date.

The company said the private placement of 290 million new ICPS involves placement of the securities to Bioalpha directors at an issue price to be determined later.

Bioalpha said the rights issues of new shares and new ICPS besides the private placement of the new ICPS are expected to raise gross proceeds of up to RM31.63 million for the company.

The is based on the issuance of the rights shares at an indicative 23 sen each besides the indicative 2.5 sen for each ICPS under the ICPS rights issue and private placement, according to the company.

At 5pm today, Bioalpha's share price closed unchanged at 27 sen, which gives the company a market capitalisation of about RM299.7 million.

Bioalpha's latest annual report shows that the company's major shareholders include Perbadanan Nasional Bhd (PNS) and MTDC, which owned 12.82% and 11.37% stakes in Bioalpha, respectively, as at May 29, 2020.

PNS is an agency owned by the Minister of Finance Inc, according to the PNS' website.