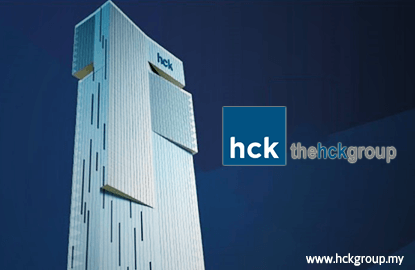 The Housing Development Corp of Sarawak (HDC) is the registered proprietor/beneficial owner of the land.

Under the agreement, DBSB appoints HCK Premier Builders as the developer to plan, develop, manage, construct, implement and complete the units.

The project is to be developed in phases and is expected to be completed within 36 months from the commencement date of each phase.

HCK Premier Builders, meanwhile, shall be entitled to 126 units of terrace houses, 18 units of semi-detached houses and 112 units of apartments.

HCK Capital and its subsidiaries intends to fund the project through internally generated funds and/or bank borrowings, which will be decided at a later stage depending on the cost of funding and cash requirements.

The project will enable HCK Capital to broaden and expand its earnings base and its property-related business, in particular, property development.

It is strategically located less than 12km from Kuching city centre and will complement HCK Premier Builders' development of 448 units of walk-up apartments at Lot 945, which it had announced on April 8.

The project is expected to contribute positively to the earnings and earnings per share of the HCK Capital Group in the future once development activities commence on the land.