Halim wants Gamuda’s toll concessions, on top of PLUS 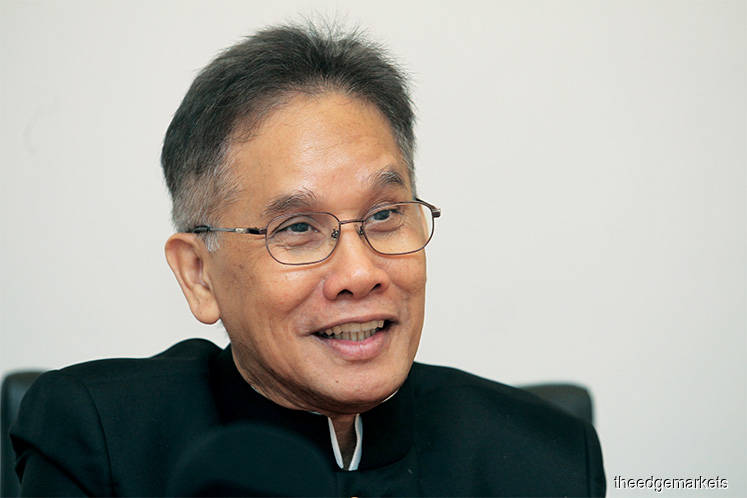 KUALA LUMPUR: The competition for toll roads is heating up. While Widad Business Group Sdn Bhd announced it is upping its offer for PLUS Malaysia Bhd to RM5.3 billion cash, competing buyer businessman Tan Sri Halim Saad (pic) is said to have submitted a proposal to the government to take over toll roads owned by Gamuda Bhd and Lingkaran Trans Kota Holdings Bhd (Litrak), according to sources familiar with the matter.

Interestingly, Khazanah Nasional Bhd managing director Datuk Shahril Ridza Ridzuan said Khazanah, which owns 51% of PLUS, retained its stand not to dispose of its stake in the toll concessionaire. The Employees Provident Fund holds the remaining 49% of PLUS.

Halim’s surprising bid came shortly before the cut-off date, which is today, for Minister of Finance (MoF) Inc, Gamuda and Litrak to negotiate and finalise the terms of a definitive agreement. The cut-off date has been extended by two months from Aug 30.

To recap, in June, MoF Inc offered to pay RM4.5 billion cash — besides shouldering their liabilities — for four toll concessionaires in the Klang Valley that Gamuda holds equity interest in.

A source said Halim’s bid for Gamuda’s toll assets, will pave the path for the creation of a toll highway investment trust, which will eventually be listed on the local stock market.

Sumatec Resources Bhd is a public-listed entity controlled by Halim, the former boss of Renong group, which built the North-South Highway. Renong group, however, did not survive the 1997/98 Asian financial crisis and had to be bailed out by the government.

Widad’s revised offer of RM5.3 billion for the entire stake in PLUS is RM100 million more than Halim’s offer of RM5.2 billion.

Widad said in a statement yesterday that it intends to acquire 100% equity interest in PLUS for RM5.3 billion cash, in addition to the compensation waiver of RM3.038 billion and debt assumption of RM30 billion, bringing the total enterprise value of the offer to RM38.338 billion.

“The revised offer by Widad also contains two more additional clauses, namely the waiver of the RM11 billion sukuk guarantee by the government, and a new option for the government to buy back PLUS after 10 years based on market valuation,” the statement said.

Besides Widad and Halim, Malaysian-led private equity fund RRJ Capital has also submitted a bid for the toll concessionaire. The investment fund offers RM3.5 billion cash to buy out PLUS, plus liabilities.

All three offers come with toll reductions with the condition of an extension of the concession period, plus government guarantees of debt papers.

PLUS has become a well sought-after asset by the private sector simply because of the Pakatan Harapan government’s promise to abolish tolls. That prompted interested parties from the private sector to present their proposals on cutting toll rates in return for longer collection periods, by improving efficiency.

He was quoted by the media as saying that private companies would only look at profit instead of lowering toll rates or abolishing them altogether.

Mohamed Azmin added that the government’s aim was always to make sure that road users will benefit from any proposed takeover.

Finance Minister Lim Guan Eng told The Edge Financial Daily in a post-budget interview that any proposal on taking over toll concessions will be evaluated on the principle that the plan will have zero impact on the government’s debt service charges, and will entail any compensation on freezing toll hikes. Furthermore, there must be substantial savings for road users.

Will the government receive an ideal bid that lightens the burden on road users while being commercially viable for the concessionaire?