Hafarizam acquitted after paying more than RM590,000 compound for money laundering over funds received from Najib 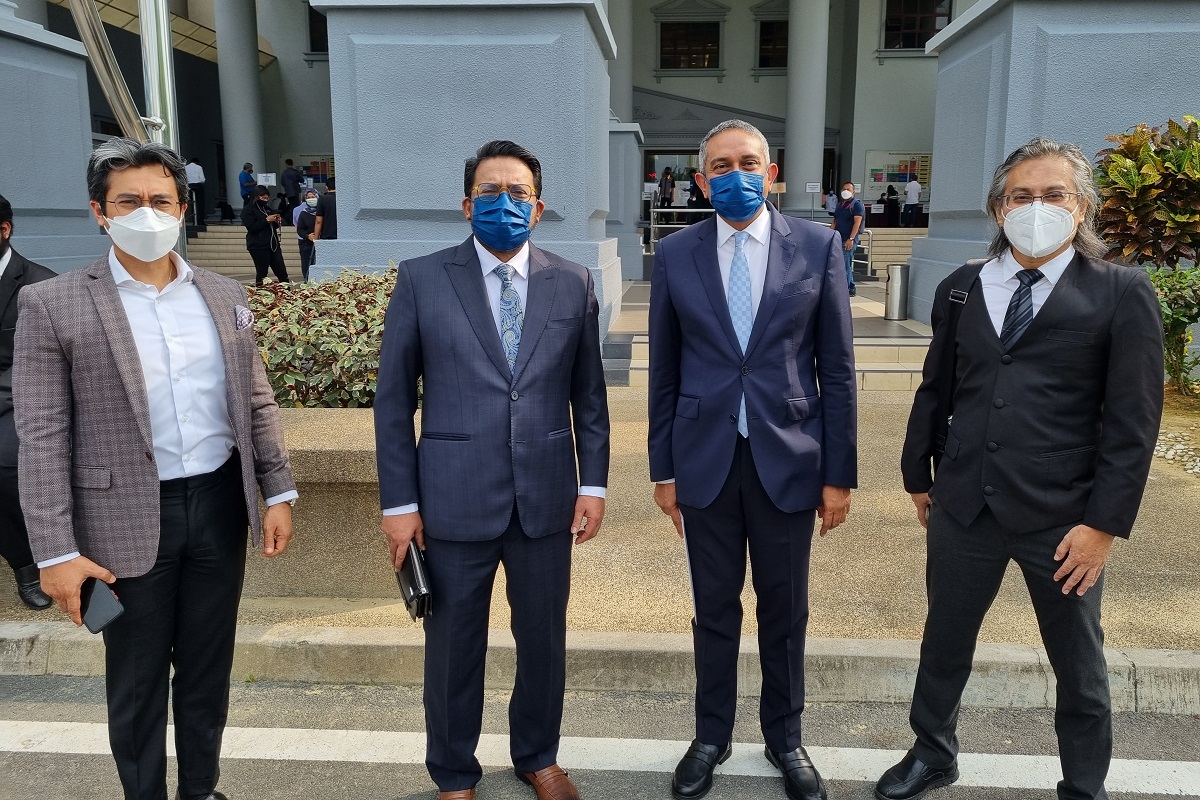 KUALA LUMPUR (July 30): Umno-linked lawyer Datuk Wira Mohd Hafarizam Harun has agreed to pay a compound of RM590,587.26 for him to be acquitted of his RM15 million money laundering charges in relation to getting funds from former premier Datuk Seri Najib Razak in connection to 1Malaysia Development Bhd (1MDB) and its former subsidiary SRC International Sdn Bhd into his former law firm client account.

The agreement was recorded before Sessions Court Judge Suzana Hussin today after Hafarizam who mostly appeared for Najib in his civil cases received the offer to pay the compound on Wednesday and paid the amount yesterday.

The prosecution led by Datuk Ishak Mohd Yusoff and Mohd Ashrof Adrin Kamarul informed Suzana that following the payment of the compound, it was withdrawing the charges against Hafarizam.

Suzana then acquitted and discharged the Umno lawyer.

The first charge involved RM7.5 million and was made under Section 4(1)(a) of the Anti-Money Laundering, Anti-Terrorism Financing and Proceeds of Unlawful Activities Act 2001 (AMLATFPUAA).

Meanwhile, the second and third charges, involving deposits of RM4 million and RM3.5 million respectively, were made under the amended Section 4(1)(b) of the AMLATFPUAA. He was alleged to have received the money from Najib in his lawyer firm client account between April 2014 and February 2015.

The offer was made to Hafarizam after Najib's former media adviser Paul Stadlen agreed to release more than RM7.192 million back to the Malaysian Anti-Corruption Commission (MACC).

Stadlen was charged in absentia for money laundering of receiving the RM15 million.

It was understood that the MACC would issue a statement on the case today where among others it was offering the compound offer to Hafarizam under Section 92(1) of the AMLATFPUAA.

Later in the just-released MACC statement, the commission said it had decided to also withdraw the charges against Stadlen following his agreement to release the amount of RM7,192, 873.84, which is now forfeited and placed under the 1MDB trust fund.

Hafarizam, meanwhile, at a press conference after the case said that he was selectively prosecuted in the case and was considering whether to file a suit against the former attorney-general (AG) (Tan Sri Tommy Thomas).

Hafarizam further said in a prepared statement that he had decided to accept the advice from his lawyers to pay the compound in exchange for the withdrawal of the charges.

“For the past two years, I had faced these charges, which I described as selective prosecution by the previous AG. I would like to thank present AG Tan Sri Idrus Harun for considering without fear and favour to withdraw the charges against me.

“I would also like to thank MACC chief commissioner Datuk Seri Azam Baki for the cooperation rendered. The charges against me were for accepting the said funds from SRC and 1MDB which entered into the client account of the firm Messrs Hafarizam Wan & Aisha Mubarak. Let me reiterate that the money was not for my benefit nor for the law firm.

“Every sen that I received from my client is placed in the client account and would be withdrawn to third parties on the instruction of my client in the capacity as a stakeholder. These transactions are normal transactions for any law firm and are valid transactions and not illegal under the law.”

Hafarizam said he was selectively prosecuted as there were many other law firms which made such transactions but were not charged in court.

For example, there were three lawyers who had become witnesses for the prosecution in the SRC trial who admitted to receiving money into their client accounts on instructions of their clients but were not charged.

“I am thankful that my ordeal is over and now I am a free man. The charges made against me have deep implications for my family and myself,” he added.

Hafarizam ended the press conference by quoting a written judgement by Chief Justice (CJ) Tun Tengku Maimun Tuan Mat in N Sundra Rajoo vs the Foreign Ministry and others on the charges levelled against the former Asian International Arbitration Centre director.

“We hasten to add that the decision by the AG/PP to prosecute can have enormous consequences for the accused person, the injured party and society at large. For an accused in particular, the consequences of being charged include the irretrievable loss of reputation, distress and disruption to work and family relations.

“If the law has been misunderstood or misapplied by the AG/PP, as apparent in the present appeal, the appellant ought to be given an opportunity to have such discretion reviewed by way of judicial review. Further, the court has the responsibility to prevent the criminal justice system from being arbitrarily used against an individual and to prevent an innocent person from going through criminal proceedings if the AG/PP had failed to exercise his discretion in accordance with the law to prosecute.

“To allow a matter without merit to be pursued through the criminal court would have huge impact on the accused's life and career, and would cause unnecessary expenditure of time and effort and place extra costs on the public purse,” the CJ said then.