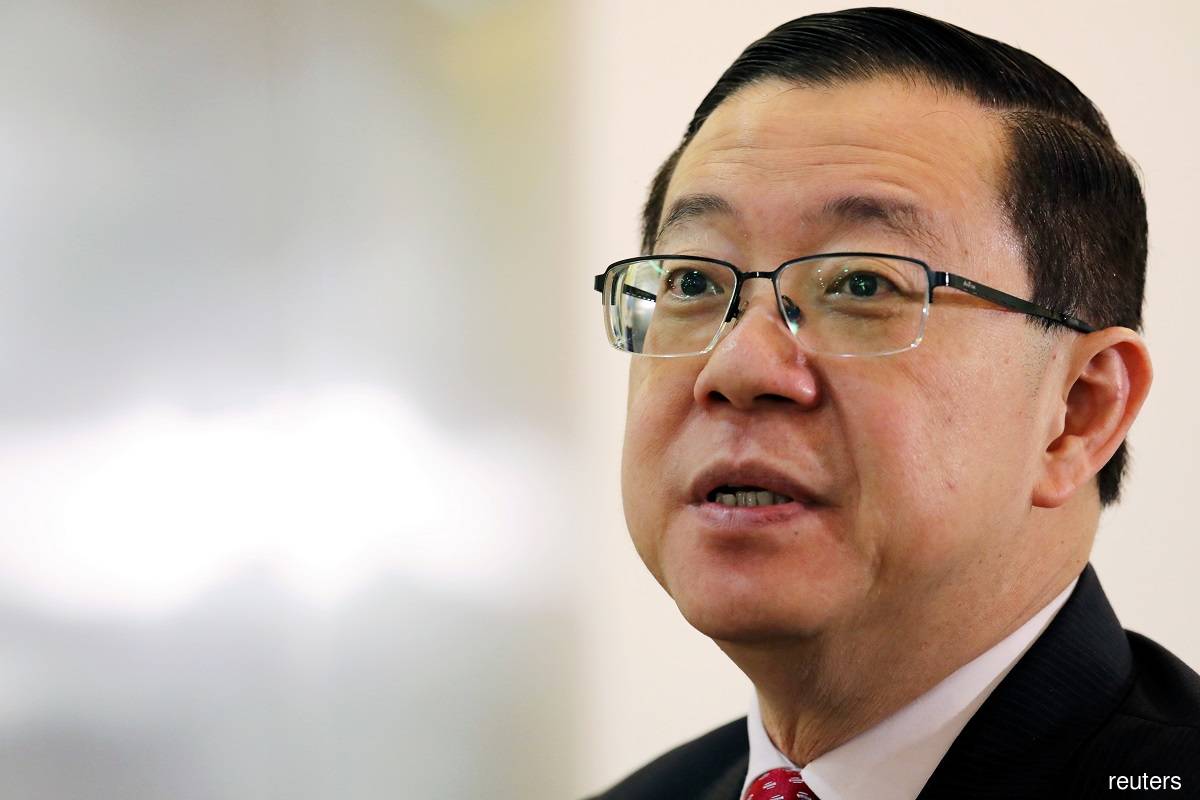 The total outstanding 1MDB debt guaranteed by the government is RM31.7 billion, according to Guan Eng. He claimed in a statement today in his capacity as DAP secretary-general and member of Parliament for Bagan that if the remaining interest payments until 2038 are included, 1MDB's debt will increase to RM41.5 billion.

"This sum excludes the RM8.9 billion which has already been paid by the government. This would bring the total cost of 1MDB to the country, including interests of the 1MDB debt, to RM50.4 billion," he said.

According to Guan Eng, the previous Pakatan Harapan (PH) government had claimed US$7.5 billion to recover US$6.5 billion in three 10-year bonds arranged by Goldman Sachs and guaranteed by the Malaysian government at an interest rate above prevailing market rates.

"The previous PH government had claimed US$7.5 billion from Goldman Sachs to include the additional US$1 billion to cover interest costs incurred for the bonds to date," Guan Eng said.

On July 24, Goldman Sachs said in a statement that it had reached an agreement in principle with the government of Malaysia to resolve all 1MDB-related criminal and regulatory proceedings in Malaysia involving the firm, including pending criminal proceedings against subsidiaries of Goldman Sachs and certain Goldman Sachs' current and former directors.

Goldman Sachs said the agreement in principle would involve the payment to the Malaysian government of US$2.5 billion and a guarantee that the government receives at least US$1.4 billion in proceeds from assets related to 1MDB seized by governmental authorities around the world.

"In connection with the guarantee, Goldman Sachs performed valuation analysis on the relevant assets and believes based on that analysis that the guarantee does not present a significant risk exposure to the firm. In addition, the government of Malaysia agreed to withdraw the pending criminal charges and agreed that no further charges would be brought against Goldman Sachs, its subsidiaries, or any of their directors, officers, and employees (excluding former employees Tim Leissner and Roger Ng) related to 1MDB.

"In light of this development, Goldman Sachs expects to materially increase its provisions for litigation and regulatory proceedings for the second quarter of 2020, which will be reflected in its financial statements to be filed with its quarterly report on Form 10-Q for the period ended June 30, 2020.

"The agreement in principle does not resolve the other pending governmental and regulatory investigations involving the firm relating to 1MDB," Goldman Sachs said.

On July 24, Prime Minister Tan Sri Muhyiddin Yassin said in a statement that with the settlement between the government and Goldman Sachs, the total amount of funds, which will be returned to Malaysia, was US$4.5 billion.

"This (US$4.5 billion) includes funds returned by the US Department of Justice earlier," Muhyiddin said.

Today, Guan Eng said public interest and accountability demand that Muhyiddin's Perikatan Nasional government answer whether justice is served on Malaysians by allowing Goldman Sachs to pay one-third or US$2.5 billion of the initial demand of US$7.5 billion in exchange for absolving Goldman Sachs of all criminal punishments related to the 1MDB scandal.

At the time of writing today, the Prime Minister's Office of Malaysia had not issued a statement in response to Lim’s claims.